Challenge League B: Ssesazi Bats Uganda Past Bermuda | The SportsNation 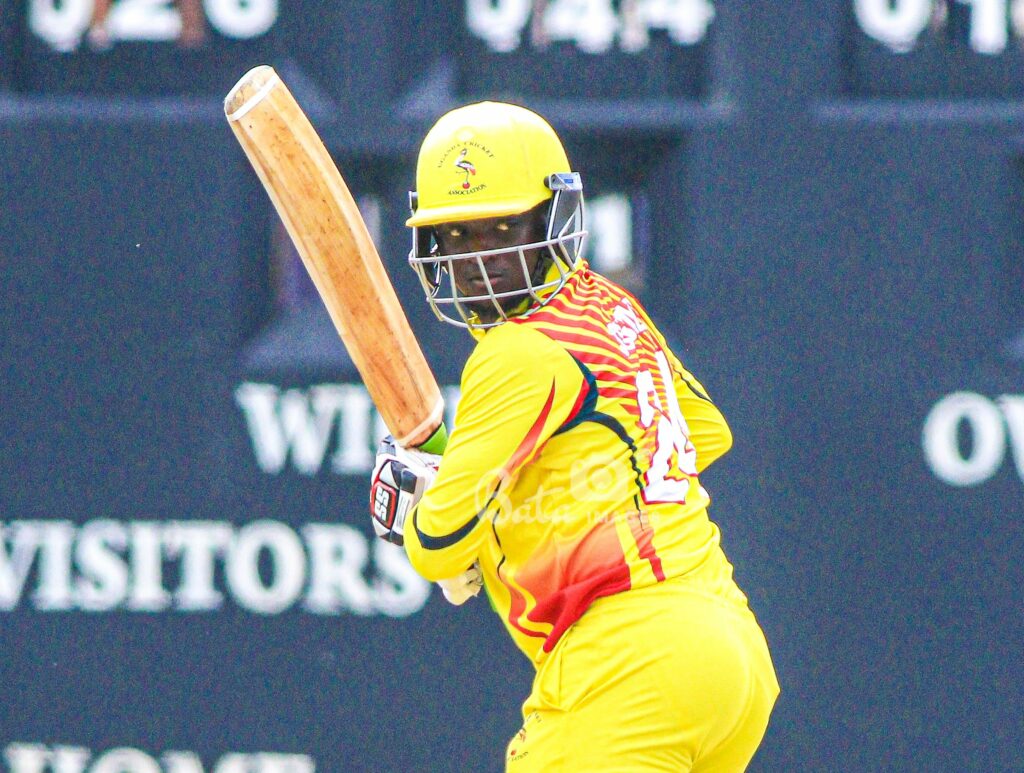 Right hand batsman Simon Ssesazi was the star man as Cricket Cranes beat Bermuda for their first home win in the second round of ongoing Cricket World Cup Challenge League B.

It’s a good reaction from the Boys who had lost their two openers, and the victory sends them back on top with 12 points.

Ssesazi hit a 53-ball half century as Uganda chased down Bermuda’s 95 in just 17.5 overs to win by 8 wickets.

His unbeaten total was spiced up by nine boundaries, including a game winning four off Dominic Sabir’s delivery, to seal his second 50 of the second round.

He had hit 50 in the opener against Jersey before he was sent for an early shower against Hong Kong at Kyambogo with a duck after facing just two balls.

The win, sixth overall, is the first for Uganda in the second round from three home games having lost the opening two against Jersey and Hong Kong.

The tournament is a long qualification pathway to the 2023 Cricket World Cup in India.

The top team after three rounds in the Challenge League B, will not only advance to the next qualifier but also earn an ODI status.

The round in the Kampala is the second, the first was held in Oman in 2019 while the third will be held in Jersey.

After that loss against Hong Kong in Kyambogo, coach Laurence Mahatlane and captain Brian Masaba talked about need to “back our processes and execute our plans” and it paid off this time.

The win was built on great bowling from the Cranes after Bermuda had elected to bat first in the morning.

Uganda got an early breakthrough when Fred Achelam caught Sabir in the second over, and Bermuda continued to struggle from thereafter.

Frank Akankwasa picked two wickets in his only five deliveries without conceding a run.

And that left the batting side with an easiest task.

Arnold Otwani gave away his wicket for just two runs while Ronak Patel, probably Uganda’s best batter in the first two games, was limited to just 19 runs before he left with Uganda at 52/2.

And Kenneth Waiswa (19) joined Ssesazi on the crease to lift Uganda to the finish line.

Wednesday is a rest day and Uganda will have another extra day to rest (Thursday) before returning to action on Friday against Italy.