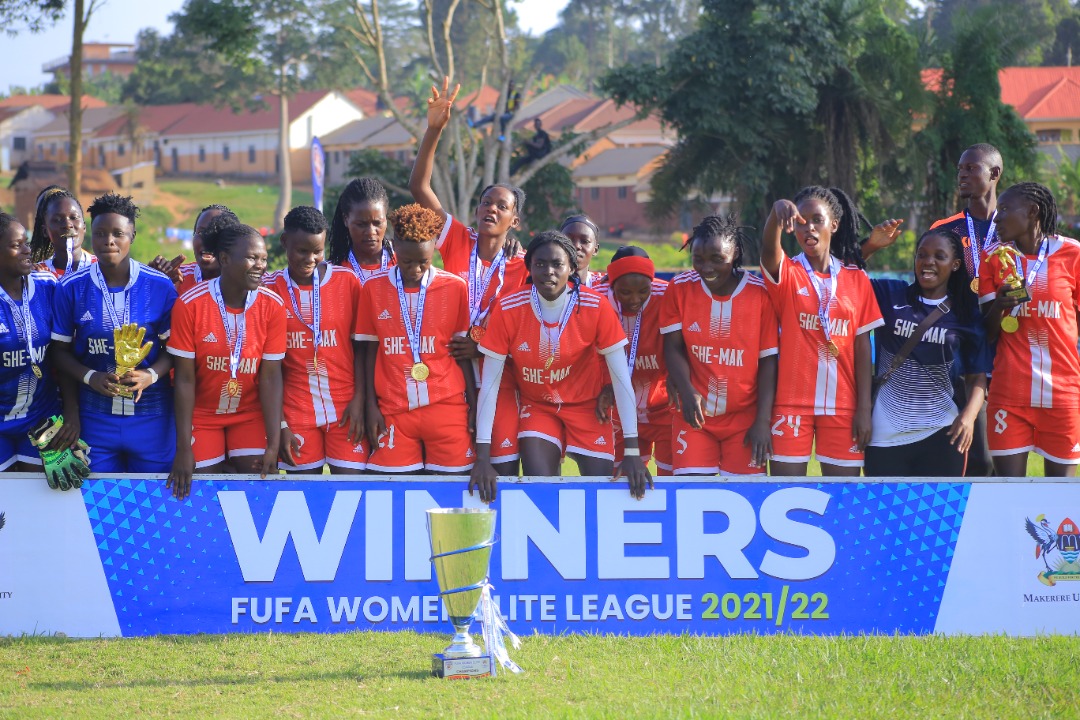 A hat-trick from Sharon Namatovu and a goal each from Winnie Babirye, Jemima Twesigye and Rebecca Nakasato handed She Mak a commanding victory.

Both finalists had earlier confirmed their promotion to FUFA Women Super League having topped their respective groups.

“We prepared from the word go, we had a meeting before the league started and set a yard stick for ourselves. And we had issues to fulfill. One was to qualify for Super League, another one was to win the trophy and am happy that both targets have been fulfilled as planned before,” said She Mak coach Fred Ndawula.

“Winning it has not come out of the blue, we have been preparing for this day right from the start and that’s why we have been able to punish our opponent.

“We are ready for the Super League, our management is behind us, and ready to compete in the top flight.”

She Mak and Gafford replace She Maroons and Tooro Queens who were relegated from the FUFA Women Super League last season.