U18 Afrobasket Qualifiers: Uganda Book Ticket To Madagascar | The SportsNation 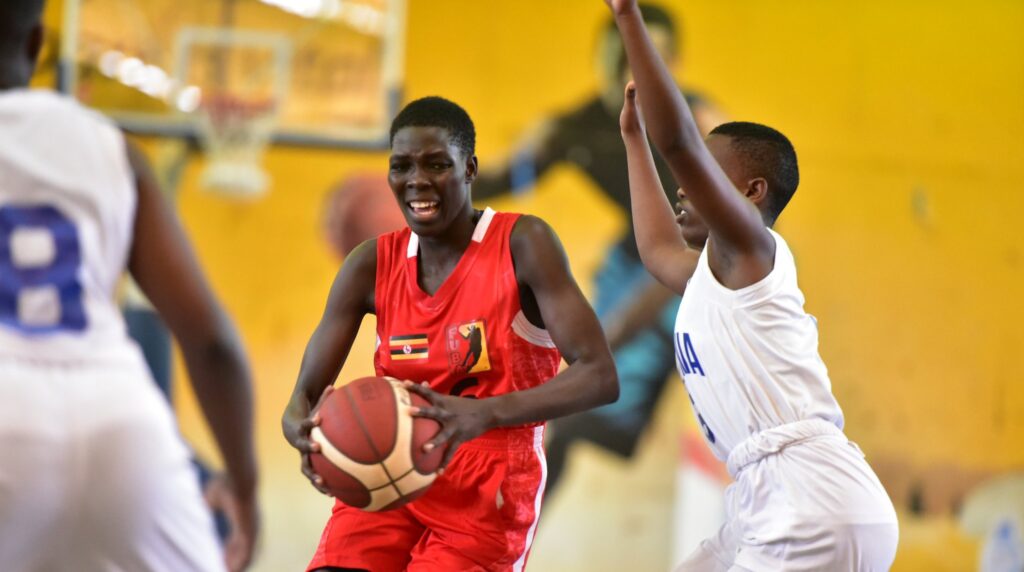 Uganda’s National Under 18 Girls basketball team, the Junior Gazelles, have beaten Tanzania to win the 2022 FIBA Zone Five U18 Afrobasket Preliminaries in Kampala.

The 63-43 win on the tournament’s final day sees Uganda qualify for the 2022 FIBA U18 Afrobasket finals in Madagascar from July 23 to August 7 at the Mahamasina Sports Palace in Antananarivo.

Coming into Saturday’s encounter, the Junior Gazelles needed nothing but a win having lost to Rwanda on Friday.

And after a barren start that saw no basket scored in the opening five minutes, Uganda went on a 8-0 run before ending the first quarter with a 16-8 lead to settle the nerves.

The second quarter was evenly contested and Uganda were 49-34 going into the last quarter before holding on to win by 20 points amidst a cheering sizeable crowd.

Sylivia Nantongo was the hero with a game high 17 points on 8-of-13 shooting and added 11 rebounds to her tally.

Pint-sized Mariam Namukwaya continued her excellence in the tournament with a double double of 10 points and as many rebounds while Gertrude Nyamutooro had 10 points.

Anjela Minja had 10 points and 12 rebounds and she was the only Tanzania player to score in double digits on the evening.

Ali Mavita’s charges were good value for the result having out rebounded TZ 64-47 despite making 27 turnovers against TZ’s 24. They shot 34% from the field on their way to an impressive win.

Rwanda beat Tanzania 84-49 to win the Boys category unbeaten and qualify for the U18 Boys Afrobasket finals in Madagascar as well.

About four players – Patience Karungi, Sharifa Nalwadda, Sylvia Nantongo and Shilla Lamunu – were not part of Uganda’s team at the U16 African championship in Cairo last year.

This same team went on to finish fourth after losing 53-51 to Algeria in the third place match.

And there is big optimism that they can go a step better in Madagascar.

But there will be stronger oppositions in Madagascar including Mali who have won the title 8 times.

This will be the fourth time the Junior Gazelles will be featuring at the U18 Afrobasket after previous appearances in 2008 (Tunisia), 2016 (Egypt) and 2018 (Mozambique).

Going to Madagascar, Uganda will be well aware that the top two teams will qualify for the 2023 FIBA U19 World Cup in Madrid, Spain – The event will take place from July 15 to 23, 2023.