Vipers Vs BUL: Team News, Probable Lineups, Preview and How To Watch 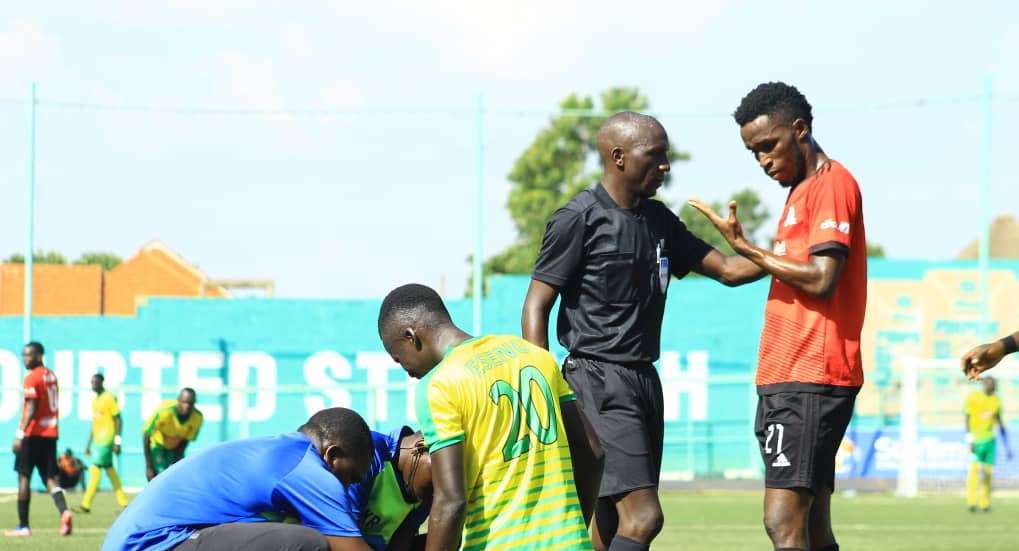 Team News
– Vipers welcome back striker Cesar Manzoki from a head injury he picked against Mbarara City in the semifinal return leg at Kitende.
– Goalkeeper Fabien Mutombora is still sidelined, Hilary Mukundane is cap tied having played Uganda Cup this season for Mbarara before joining Vipers while Ibrahim Orit is a long term absentee.
– For BUL FC, they have only reported Lawrence Kasadha as the only injured player.
– Richard Wandyaka and Saidi Keni who missed the last league game against SC Villa may be selected

Vipers and BUL meet once again in the finals of the 2021/22 Stanbic Uganda Cup at the King George Stadium in Masindi.

Vipers will be seeking a double having won the league earlier which will be their third Uganda Cup in history having won it in 2021 and 2016.

BUL have never won this competition, and are on the final for the second time. A win will guarantee them a place in the CAF Confederation Cup!

Winner in Masindi will walk away with Sh50m while the other will settle for Sh25m courtesy of Cup sponsors Stanbic Bank and Plascon Paints.

Vipers SC Have Eyes On Double

Vipers will have eyes on defending the Uganda Cup title, a feat that will also ensure that they have won the domestic double this season.

They seek to become the fourth team to have won the League and Uganda Cup the same season after SC Villa, Express and KCCA FC.

And it should strongly be noted that those three sides are the only teams to have won the Uganda Cup back-to-back!

“I don’t think it will be the same as last year,” said Vipers goalkeeping coach Ibrahim Mugisha, as quoted by the club media.

“It’s not going to be an easy final according to the environment, Stadium and I expect a tough match which we will hopefully win.

“We would love to go in history of winning the double and we are working hard with the players so as to reach the fate.”

Manzoki was last seen in Vipers colours when he was stretchered off in the return leg of the Uganda Cup semifinal game at Kitende, but has since played two AFCON Qualifiers for Central Africa Republic against Angola and Ghana.

But the forward has returned to training, and may play with a protective helmet.

BUL – A Second Bite at the Cherry

BUL will hope to make amends when they meet Vipers again in the Uganda Cup final having lost the previous final 8-1.

BUL were short handed after releasing most of their players with 2020/21 licenses, as the final was played in late September.

Some of their available players then were played out of positions and they had no second choice goalkeeper!

In fact, the big blow came in the 60th minute when goalkeeper Sanon Mulabi was injured and could not continue, and so they had to improvise with striker Musa Esenu in goal.

He conceded two more as merciless Vipers rolled on to win with the hugest margin in Uganda Cup history.

And here comes a second chance and BUL will want to prove everyone, and of course themselves, to erase the events of last year.

They have faced them twice since that humiliation – They drew 1-1 at Kitende and lost 3-0 at home in Bugembe.

BUL have been outstanding in the league, finishing fourth which is their highest placement since promotion in the top flight.

“I am happy that we finished fourth, I believe we worked as a team everyone executed his role and we managed to push these players,” said coach Alex Isabirye in an exclusive interview.

“I always say it that this team is new in terms of time we have been together and we can only get better. We played with a right mindset, that we came to compete with anyone.”

However, their 52 points tally were 22 below champions Vipers, a gap that shows the quality of their opponent in Masindi.

“We are ready for Vipers and are aware that they are currently the best team in the country,” coach Isabirye adds.

“We are aware of the threat they pose, and my role is to coach these players to win games. And what I can assure you is that we are winning the Uganda Cup, they beat us last year, and have a couple of National team players but we have what it takes to gun them down.”

It has been a journey of sorts for BUL in the Uganda Cup which started off with a walkover against Bundimasoli, as the hosts dramatically failed to show up!!!!

“Bundimasoli walkover was actually our most difficult assignment, those who have ever gone those ends can rightly confess,” Isabirye narrated.

“We struggled to find the playing pitch, we stayed their for four days prior to the game and it was a tussle to find where to reside. The training pitches were very poor.

“The other games have been hard as well, we have not played at home until the semifinals and that was made possible because at that stage it’s played home and away.

“Those opponents have not been easy, We needed penalties to knockout Bright Stars, you very well know that Busoga is a derby, SC Villa we had a red card and played over 60 minutes a man down and struck at the end.

“The Booma game wasn’t simple as well, no team reached that stage when they are not deserved

“It has been a difficult path, but we were aware of how difficult it woul be before we started on a journey and I thank everyone for having remained committed and focused.”

Past Uganda Cup Finals Since 2010