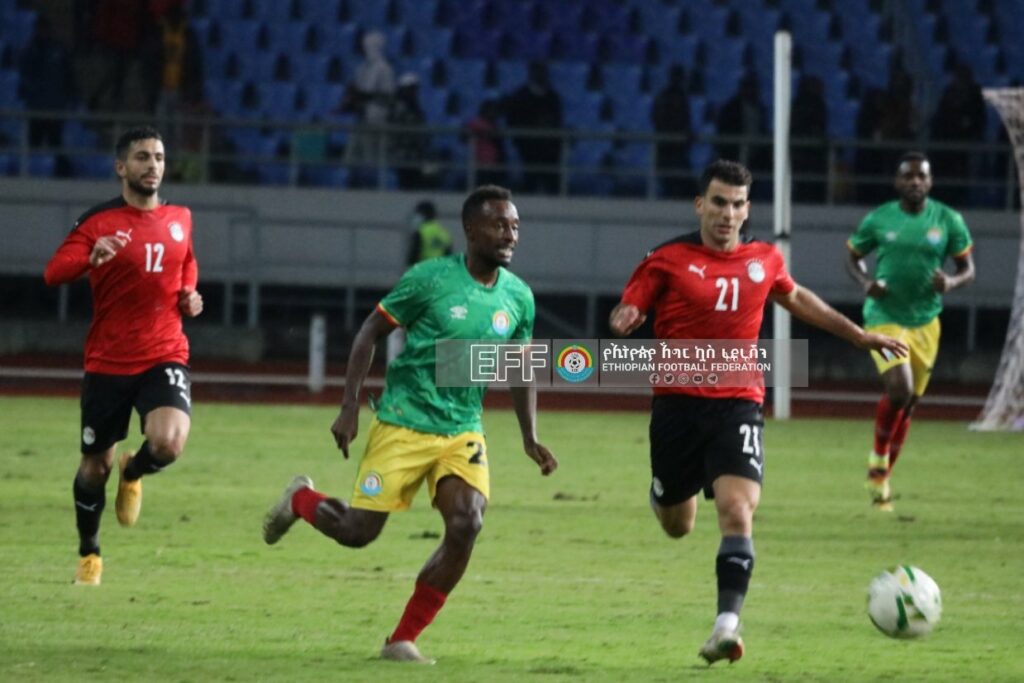 Ethiopia produced one of the most shocking result of this year’s 2023 AFCON Qualifiers with a deserved 2-0 win over Egypt.

Ethiopia hosted the game at the Bingu National Stadium in Lilongwe, Malawi, a neutral ground, after their Bahir Dar Stadium was deemed unfit to host games.

Hotessa put Ethiopia into a lead off a sliding finish after donkey work from Abubaker Nasser.

And the lead was extended when captain Bekele roofed it into the net for Ethiopia’s first win over Egypt in about 33 years.

Bekele & Hotessa both score to write history for Ethiopia as they register a crucial victory against Egypt for the first time in 33 years! ✨#TotalEnergiesAFCONQ2023 | @footballethiop | @EFA pic.twitter.com/lpRWc2nO6k

Ethiopia’s last win over Egypt came in 1989 when they won 1-0 in Addis Ababa in the 1990 AFCON Qualifiers, but Egypt later progressed with a 6-1 win in Cairo.

The 2-0 win hands the 1962 AFCON Winners their first points in the group having lost away to Malawi in their first game.

It’s a disappointing result for the six-time winners who were without Liverpool star Mohammed Salah.