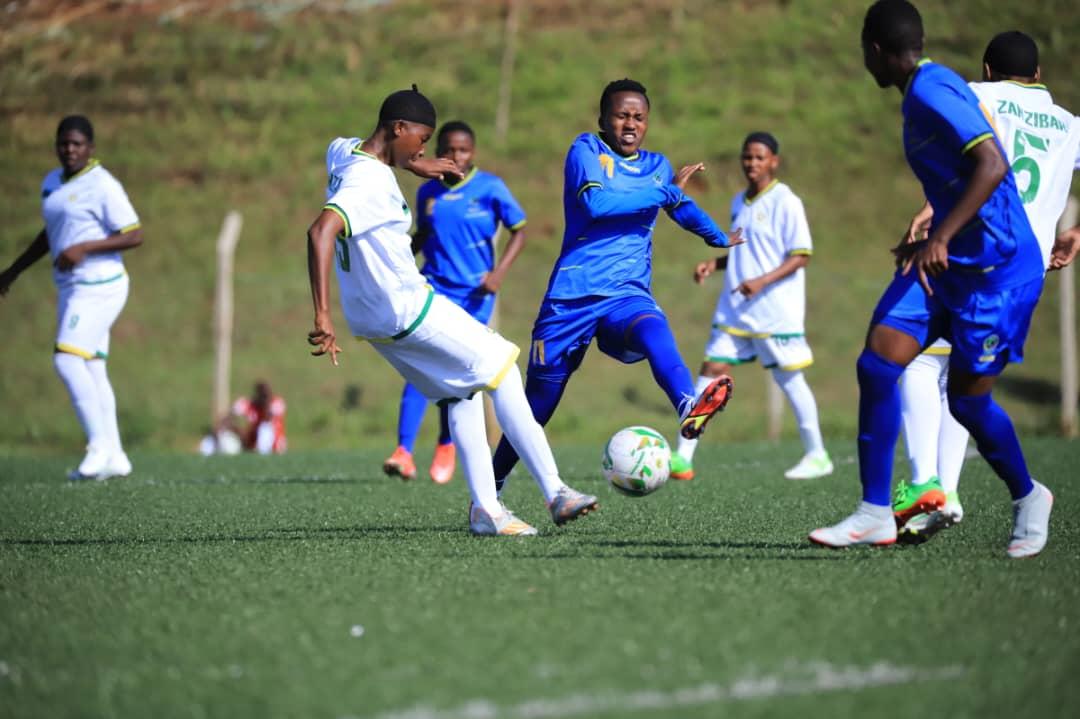 Tanzania put Zanzibar to the sword in a 2022 CECAFA Women Championship match at FUFA Technical Centre in Njeru.

Going into Monday’s last Group B encounter, Tanzania had not confirmed their progress to the knockout.

They were tied level on four points with Ethiopia who were facing South Sudan on three points in the other game.

Opa Clemente set the tone with an opener in the opening minute before scoring three more to complete a quartet.

Omary Mwanahamisi scored a second half hat-trick, bagging her goals in the 47th, 61st and 81st minute.

Ethiopia beat South Sudan 4-0, with Kalsa Tadesse Aregash bagging an hat-trick while Loza Abera converted from the spot in the 25th minute.

Both Tanzania and Ethiopia stroll to the semis on seven points each, with the former finishing atop with a better goal difference.

Tanzania will meet Burundi in Thursday’s semis while Ethiopia land Uganda in the day’s early kickoff.

Uganda beat Ethiopia last year in shootouts to progress to the next round of the 2022 Women AFCON Qualifiers.

But Ethiopia beat Uganda at Njeru last year in Cecafa Women U20 in a dramatic affair that saw the visitors who a goalkeeper sent off recover from two goals down to win 3-2.