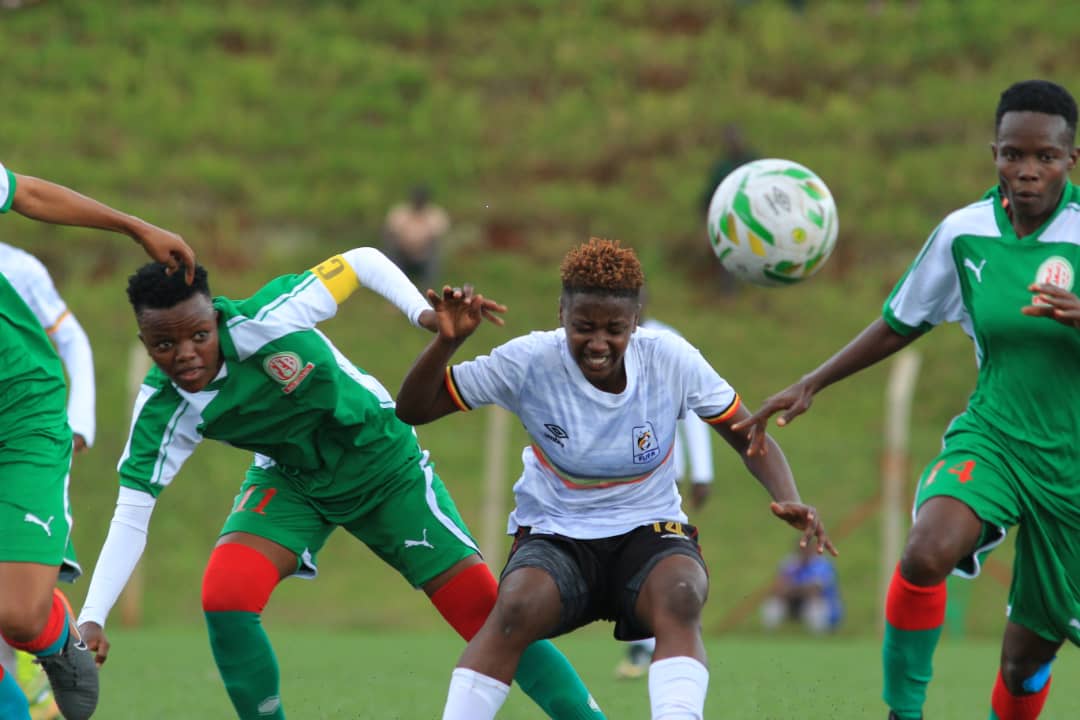 Uganda’s National Women team, the Crested Cranes, eased past Burundi in their final Group A game of the ongoing 2022 CECAFA Women Championship at FUFA Technical Centre in Njeru.

The Crested Cranes came from a goal down to win 4-1 to top Group A with nine points and will face the runner up in Group B in the semis.

Fazilah Ikwaput and Shamirah Nalugya turned the game around after Nahimana Falonne had given Burundi an early lead.

And Sandra Nabweteme came off the bench to score a brace as Uganda handed Burundi their first loss of the tournament.

That 11th-minute striker was the first goal Uganda has conceded in the tournament.

But four minutes later, Burundi’s lead was cut short when Ikwaput levelled matters to take her tally to four goals in the ongoing championship.

A long ball was headed forward by Juliet Nalukenge into Ikwaput’s path, the Lady Doves striker fended off resistance from a Burundi defender before slotting in the equaliser.

Two minutes into the second half, Nalugya handed Uganda a deserved lead when after receiving a short pass from Hassifa Nassuna, sent a ferocious effort into the top corner.

Nabweteme tapped home the third 10 minutes from normal time, with Kunihira taking much credit for her effort after the pint sized Kampala Queens winger sent in a good cut back from the byline.

And into added minutes, Nabweteme bagged her brace, and a fourth for Uganda. She orchestrated great composure and skill to beat her marker before firing in a beauty.

The win is a warning to Group B runners Up as Uganda seeks their first CECAFA Women Championship trophy.

Despite the loss, Burundi had already booked a ticket to the semis and will face Group B’s winner.

In the first match, First half goals from Lydia Uzayisenza and Anne Marie Ibangarye handed Rwanda a 2-0 win over Djibouti, but both sides came into the match having lost chances to the knockout.

Action return on Monday with South Sudan facing Ethiopia while Tanzania and Zanzibar meet in the other Group B game.

The two semis will be played on Thursday before Saturday’s final.