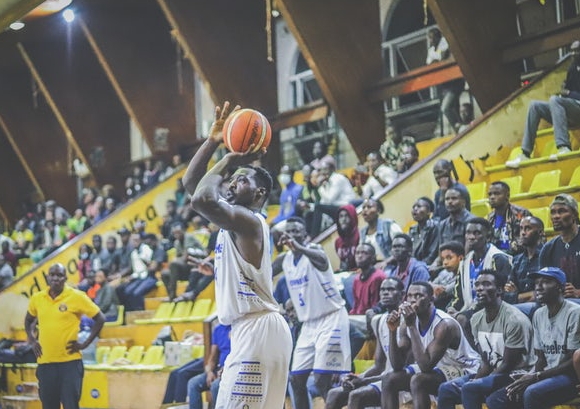 UCU Canons fired blanks in the closing stages of a thrilling Tusker-Lite sponsored match up with City Oilers at Lugogo.

It’s the second loss for UCU as Oilers go top of the log to start the second round on a strong note.

But Nicholas Natuhereza’s charges will feel they could have done better in a game they squandered a 12-point lead.

Oilers closed the third quarter with a 11-4 run to reduce the deficit to five points before a dramatic turnaround that saw Oilers win by 17.

UCU were limited to just seven points in the last quarter after missing 13 of their 15 shots from the field!

Despite their flat display that was highlighted by just one three pointer in the whole game, they were up by one point midway through the fourth quarter.

Tonny Drilleba led the way with 21 points from 8-of-14 shooting while Jimmy Enabu had 14 points in a resilient show for the seven-time champions.

The Oilers handed Francis Azolibe his second debut at the club and the Nigerian scored 10 of his 13 points in the first quarter.

But Kenya’s Davis Siaji was taken off hurt before halftime.

UCU continued to miss point guard Fayed Bbale, with his replacement Sudi Ulanga failing to live to his experience in a game he shot 0-for-5!

These two teams are expected to meet again at one stage in the playoffs, possibly in the final as it was the case in 2019.

The Inbound: How Far Can City Oilers Go?