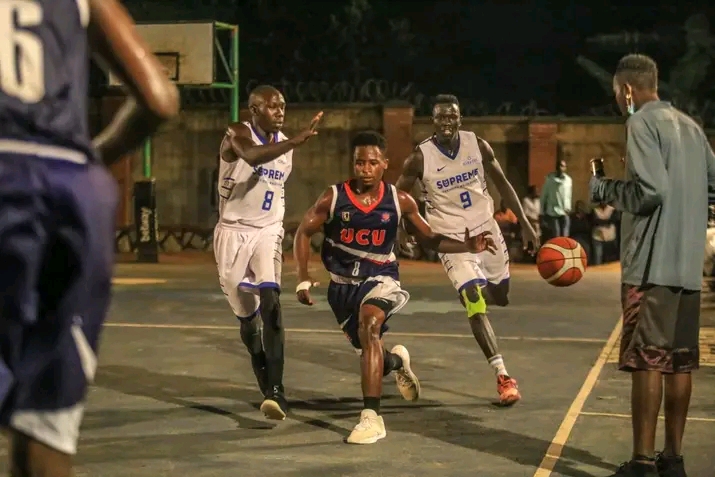 UCU Canons will continue to miss the services of influential point guard Fayed Bbale when they meet title rivals City Oilers as the Tusker-Lite sponsored NBL second round tips off on Friday at Lugogo.

Fayed coincidentally injured his hand in the first round match up between the two sides at YMCA on April 24, in a game he scored 14 points to help the University side triumph 44-58.

“Fayed is still out, injury turned out more serious than earlier thought,” Coach Nicholas Natuhereza confirmed to The-SportsNation on Thursday.

He has gone on to miss three more games against Nam Blazers, Our Saviour and JKL Dolphins.

Bbale (averaging 10 points) will surely be missed against Oilers, as he is one of the three UCU players to average scoring in double figures in the first round after Peter Sifuma (12.9) and Jerry Kayanga (13.3).

The Canons finished the first round on top with 11 wins and one loss that came against Victoria University.

“The players did well but there is still a lot of growing needed. We can be better,” Natuhereza comments in respect to the team’s first round report card.

“We need to play with more control and up our scoring.”

Having beaten Oilers in the first round, the seven-time league winners will be expected to come out guns blazing as they seek to avenge their first round defeat.

Natuhereza has predicted a tough tie: “Nothing will shock us. We expect a very tough game that we need to be locked, limit mistakes if we are going to have any chance of winning.”

“Games like these are a welcome test for us. We are prepared and this is another opportunity to compete and get better as a team. No better way to start the second round.”

Natuhereza adds that his players want to “learn, grow and get better” through the second round before the crucial playoffs.

In the first round defeat against UCU, Oilers captain James Okello was ejected just three minutes into the third quarter after he reportedly shoved Referee Louis Malinga, a case FUBA Committee has left hanging!

That defeat – highlighted by managing just five points in the third quarter – is one of the two defeats Oilers suffered in the first round. The other came in the opener against Nam Blazers.

Did you know? – Abraham Isyagi is the only player to have played in all UCU Canons in the first round. starting only thrice

City Oilers have had less time to prepare for the second round after playing their three rescheduled games in the space of four days last week.

Jimmy Enabu returned against Ndejje University Angels after missing the two games against Our Saviour and KIU Titans, and the guard will be a key addition.

Francis Azolibe is set for his second spell at the club having left in 2020. He returned this season but his registration fell at the wrong end of the deadline and was ineligible to feature in the concluded First phase.

Both sides are littered with quality and well respected coaches, and meeting between these two giants, including the seven NBL finals in 2019, have been close contests.

The-Inbound: How Far can Oilers Go?