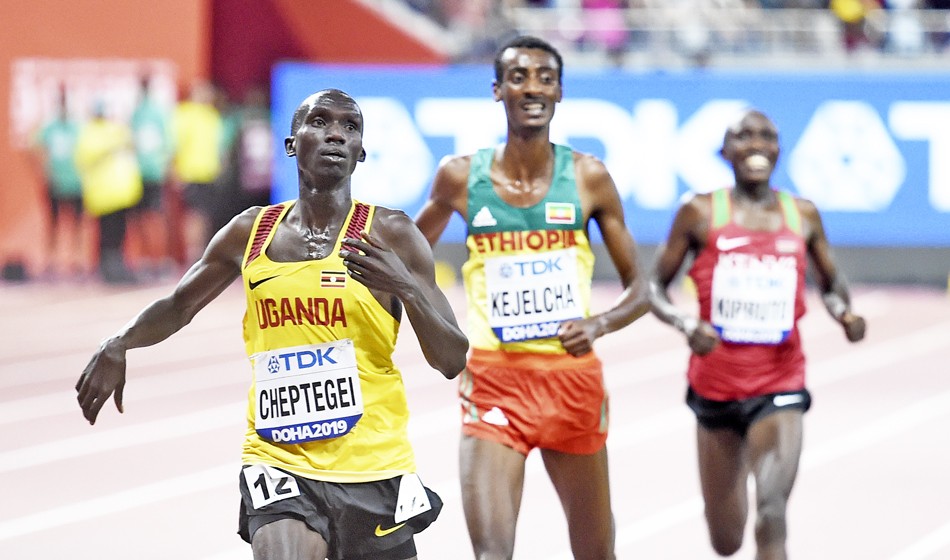 Joshua Cheptegei and four other Uganda athletes will be in action on Friday and Saturday at the 2022 Prefontaine Classic in Eugene, USA.

Peruth Chemutai, Halimah Nakaayi, Jacob Kiplimo and Winnie Nanyondo are the other athletes on the list.

The quintet will use the Diamond League meeting to prepare for the forthcoming World Championships and Commonwealth Games in July.

It’s actually strong to note that the World Championships, due July 15-24 2022, will also be held in Eugene.

Cheptegei, an Olympic Champion and multiple World Record Holder, goes on track on Friday as he seeks to break his own 5000m WR.

The Silverback, as he prefers to call himself, will fancy his chances to reduce the 12:35.36 mark which he set in Monaco in August 2020.

“I am hoping people see something special on Friday,” Cheptegei said in a Thursday Press Conference.

“A lot of things have to come into play. You never know on the weather but let’s pray it’s favourable. I have a good feeling what I can achieve.

“Eugene has the best tradition of the sport in athletics so just to get the feeling of the fans is amazing. I was used to running in empty stadiums but now we’re back in Eugene!”

This will be Cheptegei’s second race this year having clocked 26:49 in a 10k road race in Cannes earlier in March.

He will be on the same field with Kenya’s Daniel Simiu Ebenyo, Benson Kiplagat, Edward Cheserek and Mark Own Lomukot.

Ethiopian duo of Nibret Melak and Milikesa Nibret are also lined up for the same event.

But the most intriguing 5000m race will be run on Saturday where Uganda’s Jacob Kiplimo is part.

Nanyondo will be in action in the Women’s 1500m in a classy field that has Laura Muir, Faith Kipyegon and Jessica Hall.

World Champion Nakaayi is in 800m alongside Goule Natoya and Great Britain’s Jemma Reekie and Keely Hodginson not to mention Wilson Ajee of the United States.

Work is cut out for Olympics Champion Peruth Chemutai in 3000m Steeplechase where she will face off with a couple of stars including three who have ran below 9 minutes – Norah Jeruto (Kazakhstan), Frerichs Courtney (USA) and Beatrice Chepkoech (Kenya).