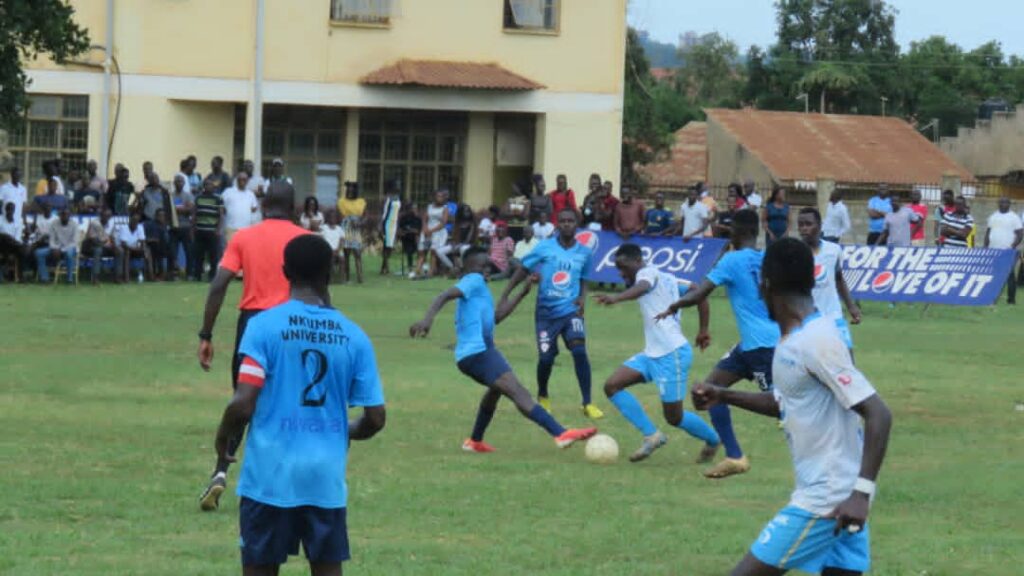 Biko Bage and Anthony William Amure scored a goal each as Nkumba University defeated the University of Kisubi 2-0 in the Pepsi University League in Entebbe today Monday.

Bage opened the scoring in the 50th minute before Amure added another in the 90th minute which helped Nkumba complete a double over UNIK having edged them 1-0 in the reverse fixture.

In a game where the home team was the most dominant, the visitors finished with a man less after Zaxious Kibirige was shown a red card in the 71st minute.

Nkumba remained second in the group level on points with Makerere University Business School but it is the latter on top with a better goal difference and have also played a game less.

On the other hand, UNIK stayed 3rd on 3pts and have played a game more than 4th placed Muni University who have no point.

Action in the University Football League will continue on Wednesday with St. Lawrence University hosting Mbarara University of Science and Technology in Group D at Crown City Campus, Kavule at 3pm.