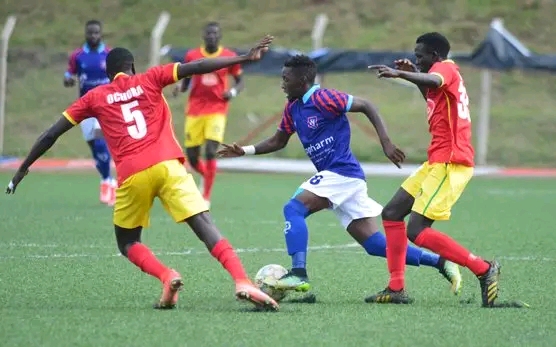 For visitors they will still be without goal keeper Martin Senkooto, while Benson Muhindo is doubtful after picking a knock in their last game against Arua Hill

The Eastern Giants will be looking forward to seal their target of finishing inside top four when they host sleeping Giants Villa in their final game of 2021/22 season at Bugembe stadium.

They are 4th on the log, with 49 points, level with Arua Hill who host Express in the other game.

And they are three points adrift of third placed URA, meaning they can as well finish 3rd if they beat Villa with a good goal margin and URA loose away to Tooro.

If they finish fourth, it will confirm their best finish since joining top-flight in 2011, the closest they came to it was in 2014/15 when they finished 5th with 43 points.

It has been a wonderful season altogether for BUL who recently returned to Uganda Cup final after a 6-1 aggregate victory over Booma.

They have been quite impressive at home, they last lost at home in February against Champions Vipers by 1-3, which is still their only second defeat at home after losing 0-1 against Express in October.

It’s that home advantage which gives coach Alex Isabirye the confidence about three points, having already tormented the Jogoos twice this season (including one in Uganda Cup).

“Its going to be a hard game because they will be coming to revenge after losing against us twice this season, so they are going to come strong but we are at home, and we want to take this game as a preparation to our Stanbic Uganda cup final,” said Isabirye.

On the hand, the visitors will be looking forward to revenge against hosts’ supremacy over them in this season.

They lost first round encounter 1-2 at Njeru, before losing Uganda cup quarter final again by 1-2 to same BUL who were even a player down at Njeru.

Following their frustrating season, the visitors will also be looking forward to atleast finish inside the top 10.

They currently 11th on the log with 33 points from 29 games, and a win can see them climb up to 8th if Onduparaka, Gaddafi and Wakiso Giant fail their respective tests.

However, if they fail to win they can instead drop to 13th, as long as Busoga United and Bright Stars win their respective ties.

Villa has registered only two wins away from home this season, with the last one coming in March against Wakiso Giants after beating Busoga 1-0 in December .