She Corporate, Kampala Queens Win To Send Title to the Wire 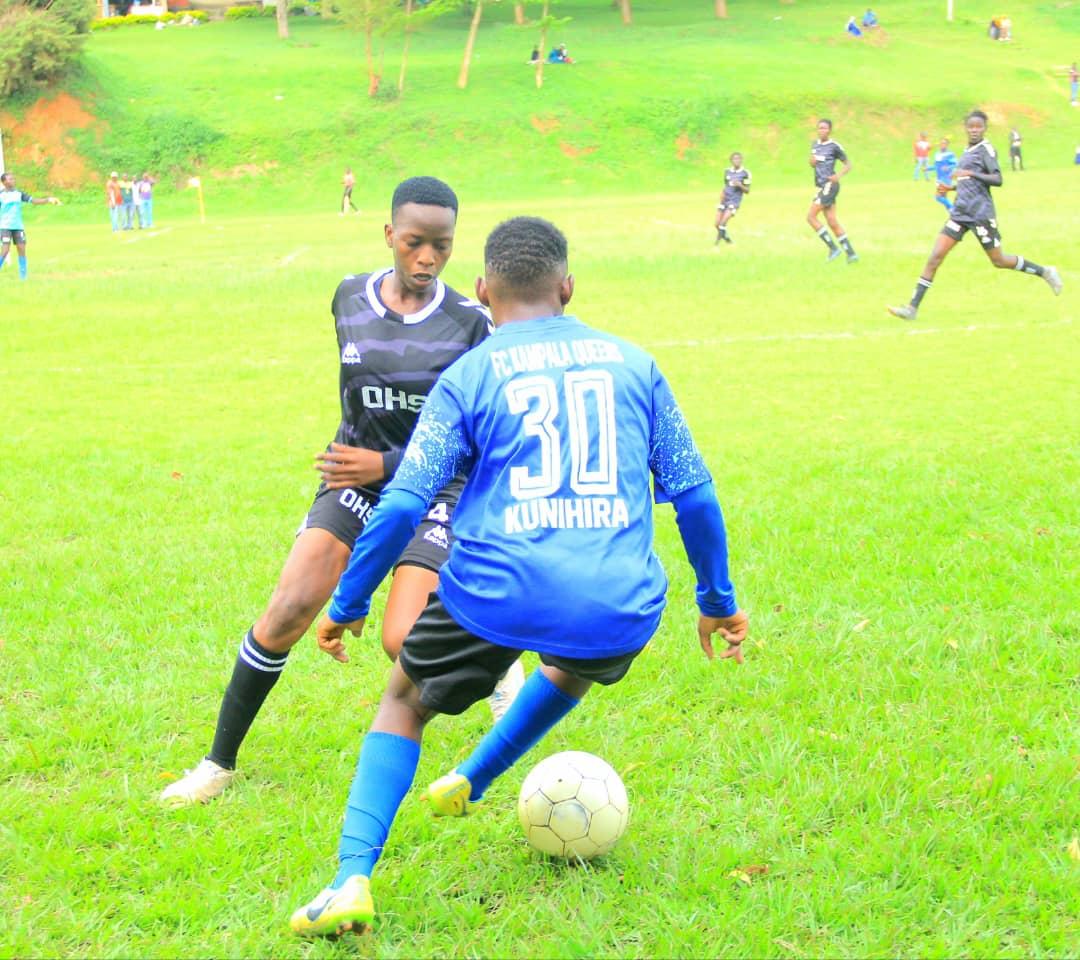 She Corporates beaf Tooro Queens1-0 in the FUFA women super League match played at Buhinga stadium in Fort Portal to maintain their top of the table lead.

Whisper Alomo who replaced injured striker Favour Nambatya gave the visitors an early lead in the 28th minute of the game.

The game was delayed by a heavy downpour which caused a water logged playing surface at Buhinga Stadium.

The Nakawa based side has maintained its top of the table lead with 38 points from the 17 games played with just a one goal difference separating them from second placed Kampala Queens who they face on the last matchday.

Kampala Queens were also 1-0 winners against Olila HS FC at their home in Kabojja to keep their pace at top with Corporates.

Kampala Queens will travel away to MUBSa arena to face of with She Corporates on the last game day of the league in a title decider on Friday 20th May as the league will see it’s climax.

Elsewhere, Uganda Martyrs eased through She Maroons in a 5-1 win as Latifah Nakasi bagged a hattrick to help the Lubaga based side seal their place of finishing in the top three teams.

Aminah Namata and Immaculate Nakanjako scored the other two goals for Marty’s as Babirye pulled one back for She Maroons through a penalty.

Hasifah Nassuna can’t stop scoring as she put UCU Lady cardinals ahead against Riness SS but a wonderful strike from Betty Nakubulwa cancelled it out as the game ended in a 1-1 draw.

Kawempe Muslim defeated lady Doves by a 1-0 score in a game played at Kawempe Muslim play ground courtesy of a brilliant freekick from Esther Nandego as they completed a league double against Doves.

The top scorers boot will be decided on the last match day in the lead as it has stiff competition with Fazila Ikwaput of Lady Doves leading with 14 goals, Hasifah Nassuna has 12 goals as well as Favour Nambatya on 10 goals.