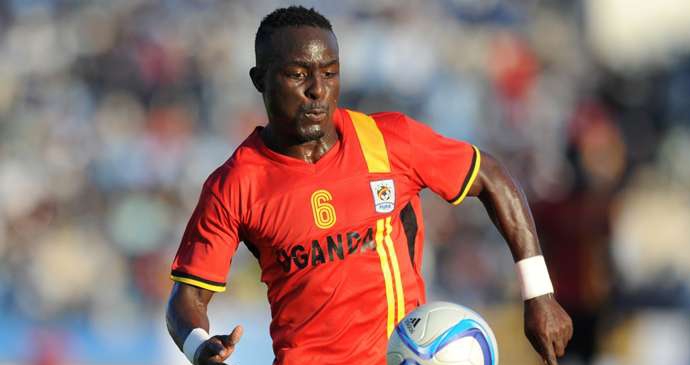 Iconic Midfielder Tonny Mawejje is set to play his last game this weekend as Police FC take on hosts and champions Vipers in the Uganda Premier League at St Mary’s Stadium in Kitende.

Mawejje who has hinted about his retirement since last season, confirmed that the match against Vipers will be his last.

He made the revelations on Monday night during the NTV’s rebranded sports show the NTV Sport Knights hosted by Patrick Kanyomoozi.

“Yes it’s true, I will be paying my last game against Vipers,” the highly respected midfielder stated.

On his future plans, Mawejje explained: “I have zeroed down on coaching, earlier, I wanted to become a football agent because I have played abroad and I have some connections out there, I know what a footballer wants, but COVID has since disrupted the market.”

Ali Mwebe, Director of Football Competitions at FUFA, briefly commented on one of the football platforms: “If true, we welcome him (Mawejje) into the coaching pathway and career. Mawejje merits fast-track principle in coach Education as per the Confederation (CAF) Coaching Convention hence can join at CAF C leaving 2 levels below the pathway.”

The Midfielder rejoined Police in 2020 but leaves on a rather sad note after the club’s relegation to FUFA Big League.

It has been a sad season for Police who recently sacked Coach Abdallah Mubiru.

“We were actually relegated before the start of the season,” Mawejje confessed in a wide ranging interview.

“The players went over seven months without pay, so it was the demotivating factor that led to the downfall. Many officials at the club misused money meant for Players salaries and it’s no surprise that the club has been relegated.”

Mawejje is a household name in Uganda football circles.

He was part of the Uganda Cranes long serving generation that had the likes of Dennis Onyango, Andy Mwesigwa, Geoffrey Walusimbi , Hassan Wasswa and Geoffrey Massa.

In 2008, he was signed by Uganda Revenue Authority (URA) before departing the country for proffesional Football in Iceland in ÍBV Vestmannaeyjar (2009–2013), scoring 10 goals in 106 games.

Mawejje is capped 83 times for Uganda Cranes and has scored 8 goals.

He played at the 2017 Africa Cup of Nations (AFCON) finals held in Gabon, as Uganda returned to the continental show piece after 38 years.