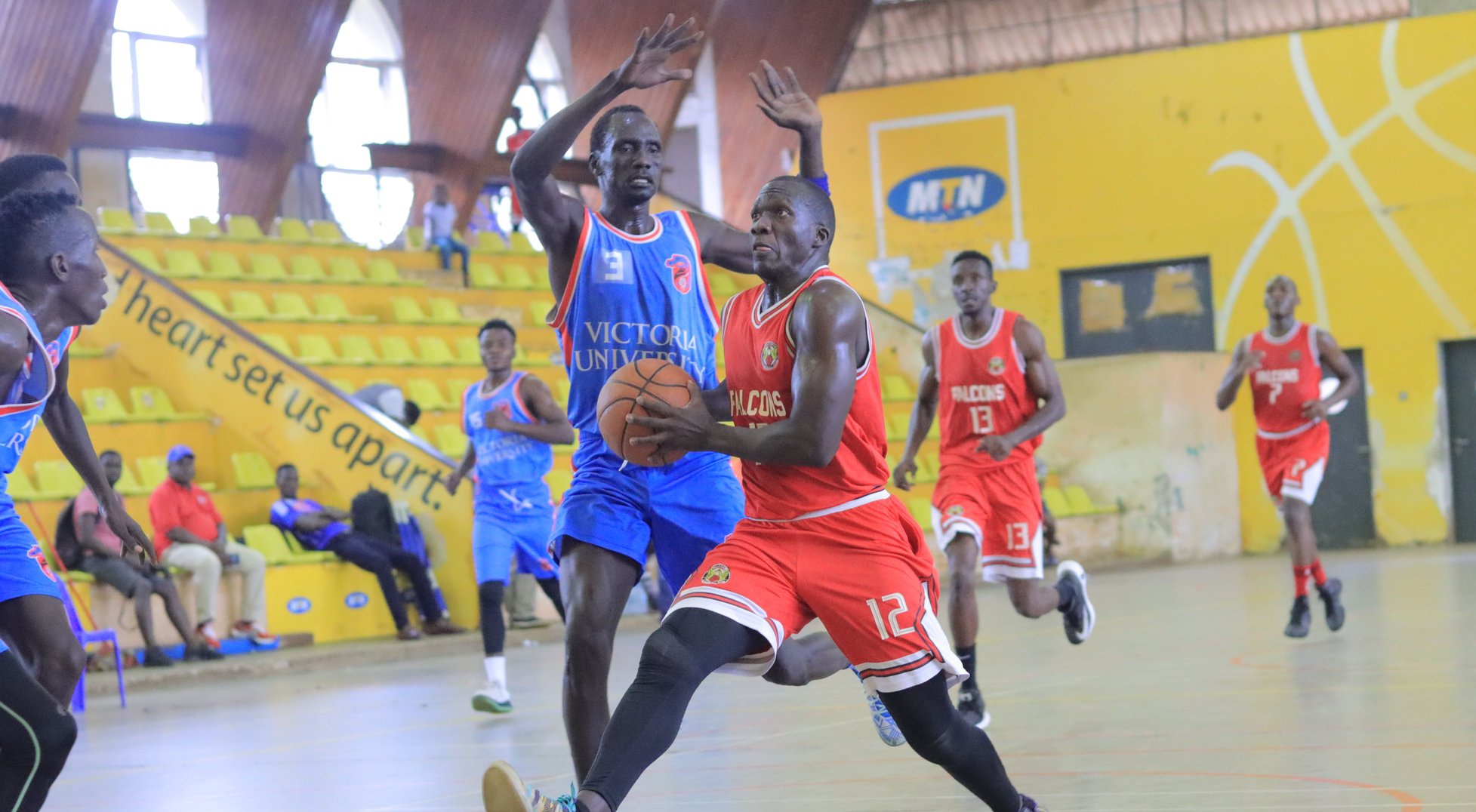 The record winners lost 62-67 in Overtime to newcomers, their 11th loss from as many games!

Falcons were good value for the result after a slow start that saw them trail 22-6 after the first quarter.

However, they dug deep and we’re on course for a rare win when they led by three points with few seconds on the clock.

But Walter Omonyi fouled Maker Mayen who was attempting from downtown to give Victoria University three foul shots, which Mayen calmly converted.

And they had a chance to leave it but Henrison Mbaziira fluffed with the ball to send the game to overtime, 56-56.

Maker Mayen scored 23 points and 15 rebounds while Cedric Alema had 17 points in the winning effort.

Coached by Eddy Manzi, Victoria University end the first round with a 2-10 record but still have work cut if they are to confirm their stay in their league next season.

Falcons (0-11) will hope to make amends and add new pieces on their roster, and will end the first round against Nam Blazers this Wednesday, pending official communication from FUBA.