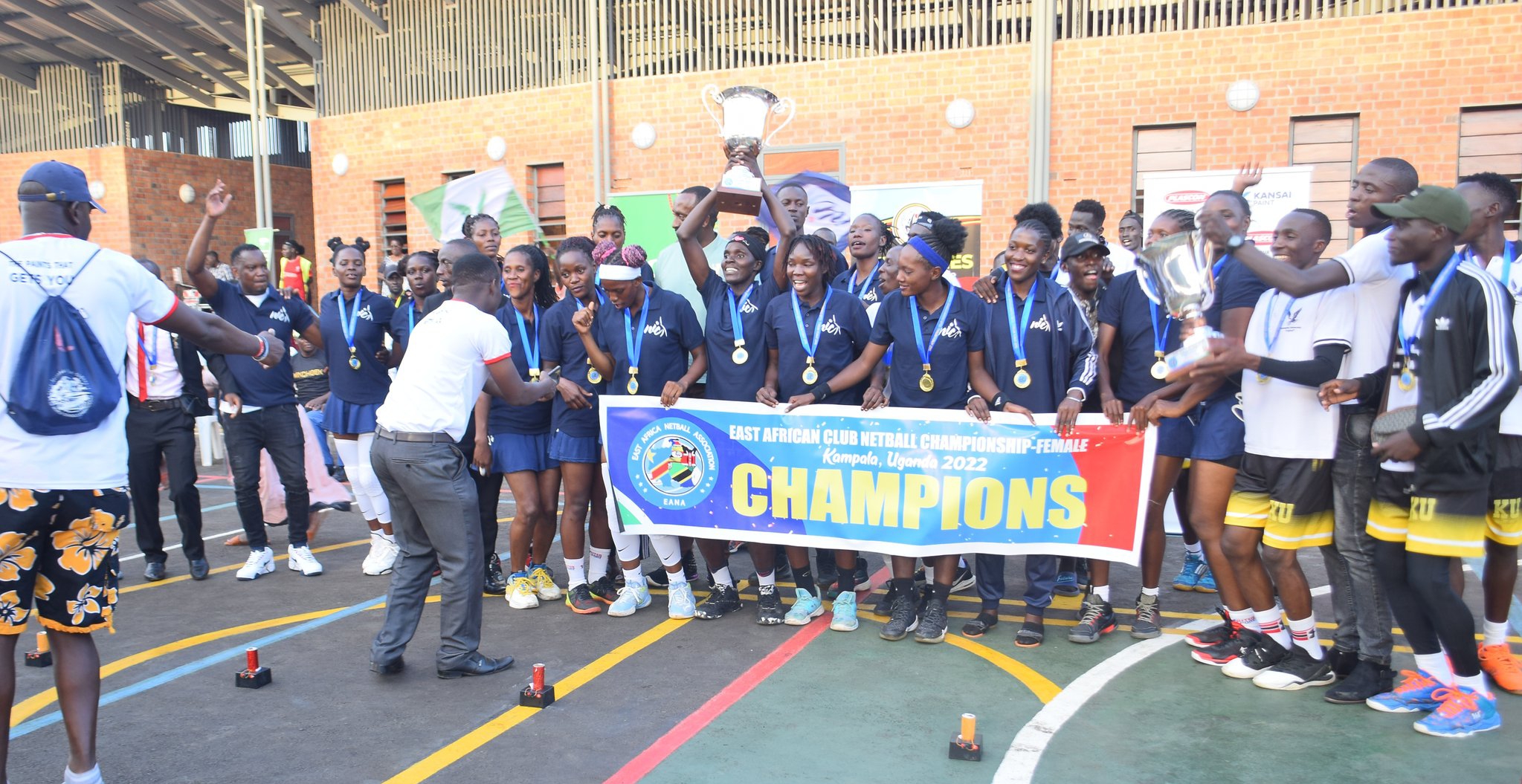 NIC have been crowned champions of East Africa after beating KCCA in an all-Ugandan final at Kamwokya Community Sport Center in Kampala.

The Insurance team have managed to defend their title they won in 2019, last time it was played, in Tanzania.

It’s also their 20th title, as they continue to extend their dominance in the region.

It was expected to be a close contest after KCCA had twice shared spoils with NIC in the league, but they literally proved to be a no match.

“It went as expected,” NIC Coach Vincent Kiwanuka said after the final whistle.

“They gave us a challenge in the league but I got enough time to prepare for them, we rectified our mistakes we committed then, and the girls came out stronger today.

“We are unbeaten throughout for the past years in this competition. And I am happy that we defended our good record.”

NIC led 21-16 after two quarters and widened the gap to 10 (33-23) goal-difference going into the last quarter, before holding on to storm to victory.

Stella Oyella led from the front with 35 goals, an equivalent of KCCA’s tally, and Victo Nantumbwe added five in a winning tally.

Shadiah Nassanga contributed 22 goals while Mercy Batamuliza managed 8 for KCCA who suffered their first loss in the competition.

Coach Fred Mugerwa will feel her side should have done better on the day after NIC overwhelmingly won the mid court battle.

Prisons beat Tamisemi 51-37 to settle for Bronze while Kampala University won the Men’s title to complete a Ugandan sweep.