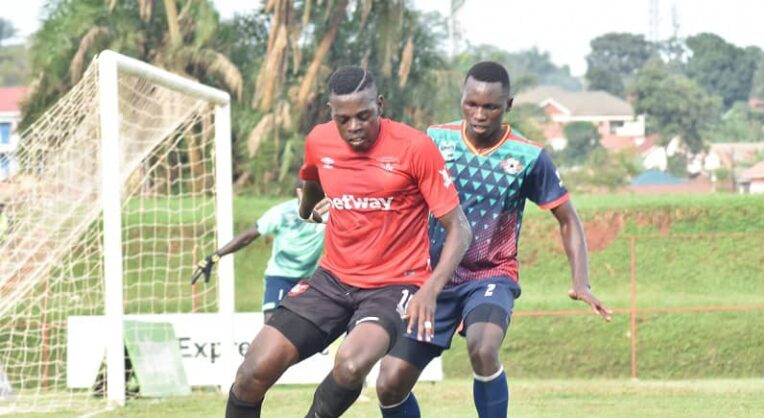 Nothing could separate Express and UPDF after a barren draw in the startimes Uganda Premier league game played at Mutesa II stadium Wankuluku.

The game ended the way it started after both sides were not clinical enough to put the ball in the back of the net.

But Express will rue missed chances including a fluffed penalty at restart.

UPDF’s Ssekitooleko Denis was judged to have shoved Eric Kambale in the back as the forward tried to meet Martin Kizza’s cross.

But Kambale, given the honours to take the spot, sent his effort way over the bar!

This is not the end that the Red Eagles wished for at home, however they will console themselves with a draw rather than a defeat.

This season Express has failed to beat UPDF after a 1-0 loss in the first round at the Bombo Barracks Military Ground. They have lost five points from a possible six against the Army side.

For UPDF, it’s a point earned rather than two dropped considering there record in Wankuluku.

The Army side have never beaten Express at home and have failed to score in their last three visits.

They will be happy with four points they have collected from last season champions.

Express are 6th with 46 points while UPDF are 7th with 37 points after 29 matches.

The startimes Uganda Premier league will come to an end on Saturday 21st May for the final games of the season.
Express will travel away to Arua at Barifa Ground as UPDF host Onduparaka at the Bombo Barracks Military Ground.