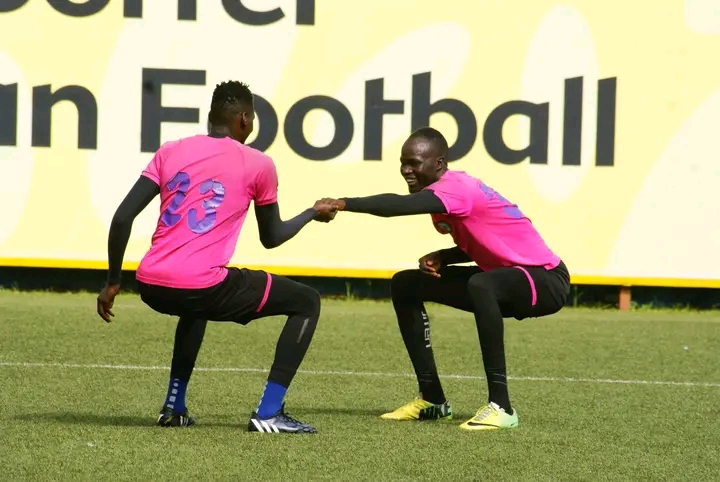 Police’s Juma Balinya picked a knock in their last encounter and he will require a late fitness test to feature.

For the visitors, Defender Lawrence Kasadha is still ruled out due to injury and Captain Saidi Keni remains a long turn absentee due to injury.
But they welcome back Jeromy Kirya from suspension.

Police whose chances hang by a thread to join Tooro United and Mbarara in Big League, host BUL at Lugogo.

With two games left to play, Police are 14th on the log with 28 points, one point adrift of safety.

And a win against a side with less to fight for can take them as far as 11th if other results can go their side!

They are hosting BUL at the back of a motivating away 1-3 win against Wakiso Giants which was their first in nine matches, and their only 6th win in 28 games played .

But besides that win, there is literally nothing has changed since the club decided to sack Coach Abdallah Mubiru.

They are winless at home since a 4-2 win over Tooro on March 1st, which is still their only home win since second round and third at home in 15 games at Lugogo, and these stats are not for a team that surely wants to play in the top flight next season.

The Cops lost the first round encounter 2-1 against BUL at Bugembe and are ready to take a revenge.

“We are very ready to take all the three points, we have had a very busy week of training, we are determined to make risks and do wat it takes to win the game, because as you are aware, we need it the most to save our team from relegation,” Marvin Oshaba stated.

The Visitors on the other hand, will be chasing a top four finish which is still very much in touching distance.

They are 5th, with 46 points, just three behind fourth-placed Arua Hill who failed SC Villa test, so the ball is in Eastern Giants’ hand to reclaim the 4th post.

They are winless in their last three league games since beating UPDF in mid April which is still their only second round away win.

And are are visiting a tricky opponent in Police, who is fresh and well rested compared to them who have just paid a long trip in mid week to Masindi where they beat Booma 5-1, in the first leg semifinal of Stanbic Uganda Cup.

They only had two days to prepare for Police but head coach Alex Isabirye is confident about taking maximum points despite expecting a tough game.

“We know it’s going to be a tough game, Police is fighting not to get relegated but we also need the three points to finish inside top four,” Isabirye said after last training.

“So we are going to do everything possible and I know we have the ability to get the three points against them.”