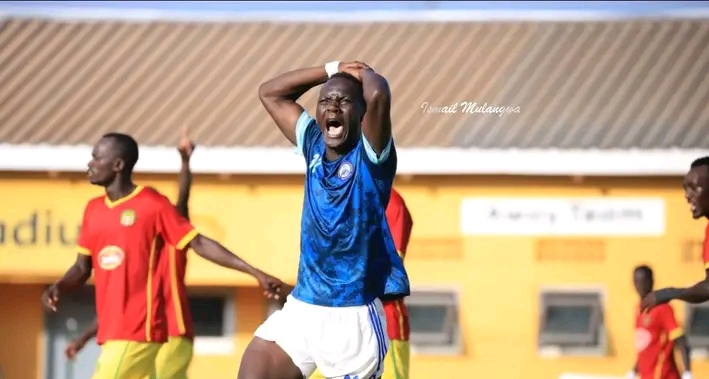 Police FC have been relegated to Big League after a 5-2 loss to BUL at Lugogo.

Frank Kalanda’s brace was not enough as Police go down with a game to spare.

And with 28 points after 29 games, Police cannot erase their four-point deficit adrift of safety.

Police has now completed the relegation puzzle, joining Mbarara and Tooro United who got relegated earlier.

Just after 14 minutes, Oketch sent Visitors into the lead when he a put Jeromy Kirya’s effort to a good use.

Fiver minutes after the restart, Oketch had a chance to complete his brace in an empty net but his shot went few inches wide at far post.

Few moments later, Police thought they had scored but Kalanda’s header was ruled offside to cut his celebration short .

Mugenyi pulled a brilliant save when he swept away Nsimbe’s goal keeper-to-beat chance.

With 15 minutes to play, Nsimbe completed his brace when he made a good run after recieving from Oktech before beating Mugenyi to put the game out of reach for the Cops.

In 80th minute, Aprem put it to bed when he scored in an empty net, capitalising on Mugenyi’s howler who failed to win the ball out of his box.

With five minutes to play, Kalanda pulled another one back when he scored a beauty off Herman Wasswa’s assist

BUL was not done yet, at the death of the game, Substitute Mukisa put himself on the scoresheet when he produced a brilliant diving header off Ibrahim Kazindula’s corner kick to humiliate the host.

Police will complete the season with Vipers at Kitende while BUL will host Villa .