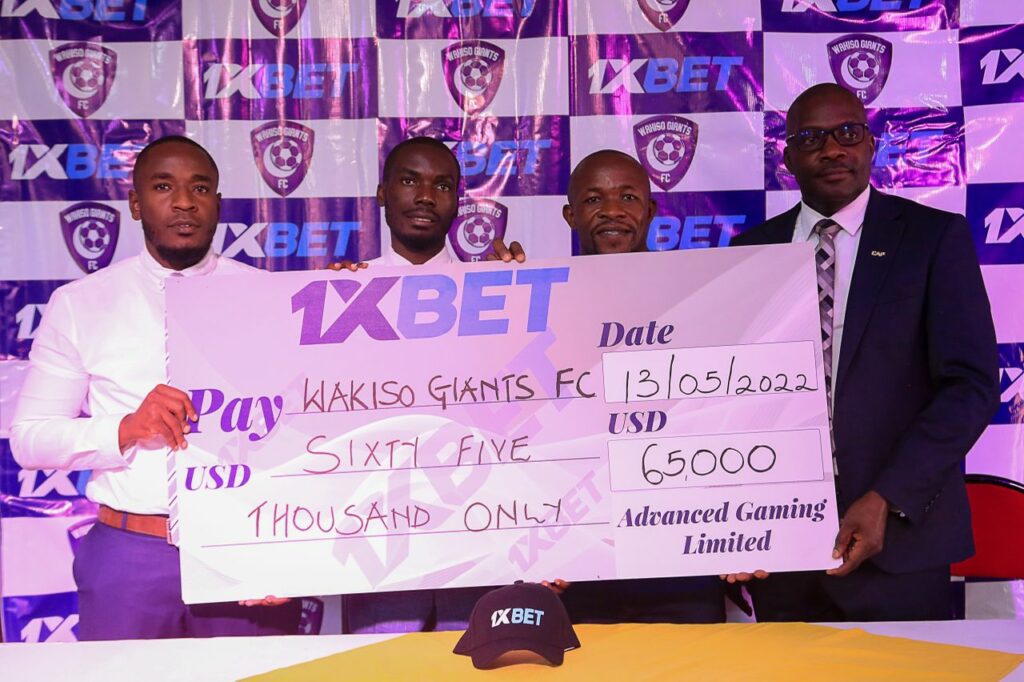 The deal, unveiled on Friday at Kati Kati, is worth USD 65000, approximately Sh235m for a season.

1xBet, started in 2007 before going online in 2012, is the leader of the global betting industry, with which millions of people play and earn money every day.

It’s a big deal for the Purple Sharks in a league where Clubs are still struggling to recover from the adverse effects of the pandemic.

1XBet replaces Ward Wizard who has been at the club for the past two seasons, as their new shirt sponsors.

The new deal is an increment of Sh35m from the previous shirt sponsor which was valued at Sh200m.

“We bank on this new deal to have success in the next season,” briefly said Wakiso Giants CEO Sula Kamoga.

“As a club we have a vision which is to become the number one team in the Country, this is an international company and we are to maintain professional relationship.”

1XBet was previously at Tooro United and are former partners of basketball club A1 Challenge.

“We are mandated to give back to the Community, and partnering with Wakiso Giants is one of the routes,” stated Anthony Dhabangi, 1XBet Operational Manager.

“We want to change people’s perception about betting, we are in more than 50 countries in the World including in Spain with Barcelona and we have a clean record.”