Relief For SC Villa After Fight Back Against Arua Hill 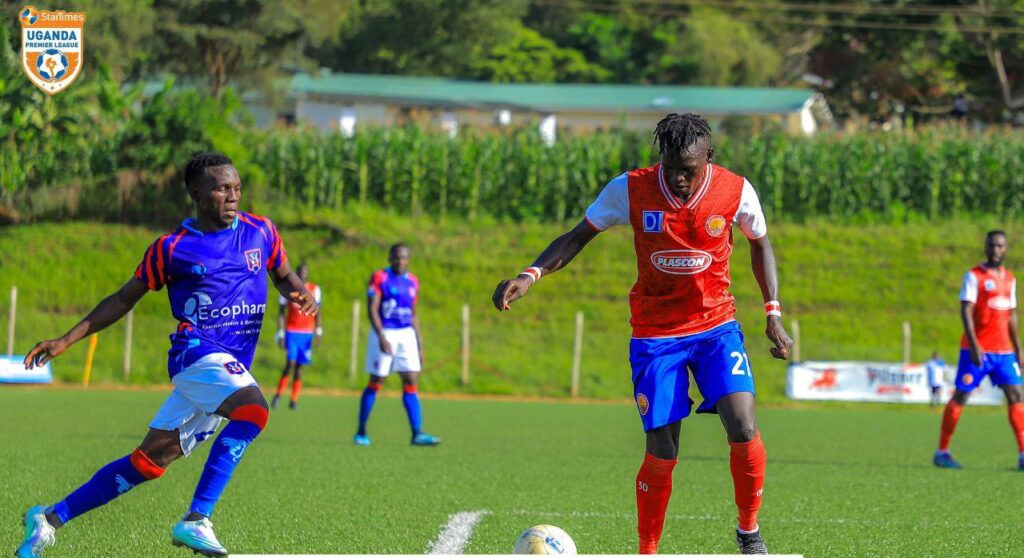 SC Villa came from a goal down to secure maximum points following a 2-1 win against Arua Hill in the Startimes Uganda Premier League to move closer to securing their stay in the top flight division.

Skipper Rashid Toha put the visitors ahead with an early goal in the 3rd minute, heading in a beautiful corner kick sent in by Gaddafi Wahab.

Arua Hill FC had a couple of chances to double their lead but goalkeeper Meddie Kibirige made a couple of saves to deny Alfred Leku and Innocent Maduku.

The Joogos’ comeback was steered by an equalizer from Travis Mutyaba in the 34th minute as the game went into the break with a 1-1 score.

SC Villa pushed for a positive result as they dominated the second stanza with Isaac Ogwang, Benson Muhindo and Sadam Masereka all denied by goalkeeper Eric Kibowa.

With just five minutes to the final whistle of the game, Gift Fred go the winner when he headed in from Saddam Juma’s free kick to send the home fans into wild celebrations.

A win for the Jogoos has helped them increase survival chances as they currently move five points clear of the red zone.

They have as well ended Arua Hill’s unbeaten run of 11 games.

SC Villa will climax the 2021/2022 Ugand Premier League season with a visit to BUL FC.