Ainembabazi Pulls Rines Out Of Relegation 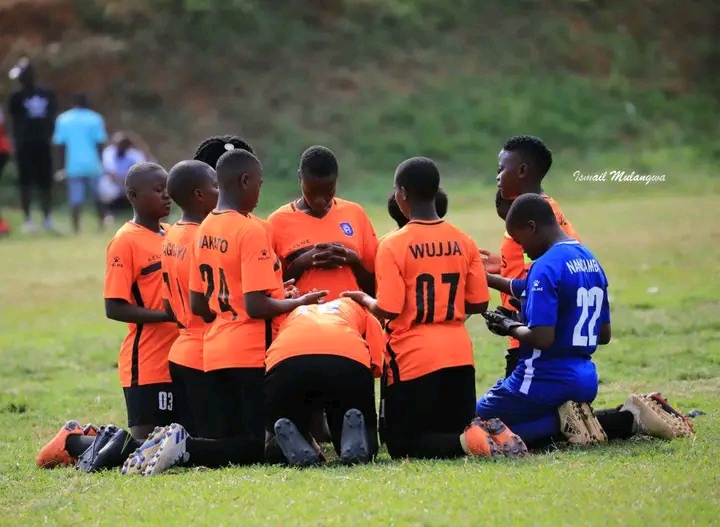 Joanita Ainembabazi scored the only goal of the game as Rines beat fellow debutants She Maroons at Wakisha to jump out of relegation.

It was also a revenge for Rines after losing the first round fixture 2-0 and FUFA Women elite league final 1-0 to same She Maroons side.

It’s their second home win and third of the season for Rines.

She Maroons have lost their third straight loss which has dragged them at the bottom of the table.

Visitors had the better display in the first half but they proved too wasteful as they will only blame themselves to leave Wakiso empty handed.

Jackline Adong had visitors first chance in the 15th minute but her attempt was spilled by Keeper Najjemba before Shakira Nalule cleared it out of danger.

The hosts who were more on the recieving end failed to fashion any clear cut chances but they managed to contain wasteful Prison Warders as the first 45 ended like how it started.

Few minutes after the restart, the hosts utilized their only clear chance of the game when Ainembabazi curled in a well calculated free kick directly into the Visitors net to hand hosts the much needed lead which they defended under pressure.

After the goal, visitors had the lion’s share of the ball just like how they did in the first stanza but they looked too rusty in front of the opponent’s goal.

Millicent Mwazi had a chance to level matters in the 60th minute but she missed a tap in off Kauthala Naluyima’s cross.

Another clear chance landed to Racheal Nasimbwa who had a goalkeeper to beat but she decided to go for a beauty when she wanted to put the entire defence down but her final attempt was blocked by Catherine Wujja.

The Visitors suffered another blow when their head coach Sida Olowo received marching orders off the touchline following his heated argument with the assistant referee.

With five minute left to play, Winnie Kyomugisha missed another tap in off Kasuubo’s cross to deny her side what would be a deserved point as the game ended 1-0.

Rines who have now moved to 8th position with 13 points will visit Uganda Martyrs in their next fixture while rock-bottom She Maroons will host She Corporates.