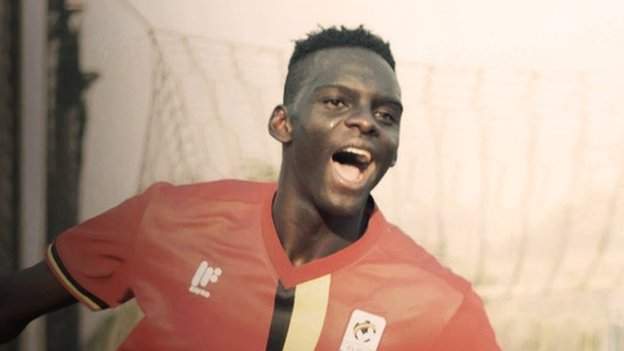 Uganda Cranes left back Mustafa Kizza is set to complete his move to Tanzania Premier league side Yanga Africans Football Club, per reports.

The reports in Tanzania, have it that the deal is in its final stages with and expected to be sealed in the coming days.

If this comes to pass, he will Join fellow Ugandan, midfielder Khalid Aucho who is playing for the Tanzanian side.

He will also join another other Ugandan player Lwanga, who plays for Simba FC.

As well, it will be good news for Kizza to resume with active football ever since leaving Major league soccer side Montreal Impact at the start of the year.

But earlier this year, the left back was also linked with a move to New York Red Bulls side in America, but the deal failed to get through.

Since then, Kizza has been in Uganda and he has been seen at different Uganda Premier league games notably in Lugogo.

Kizza made his presence felt in Ugandan Football during his days at KCCA FC, where he won different titles under former head coach coach Mike Hillary Mutebi.

At the national team, he has been a regular and has been part of the Cranes engagements of recent.