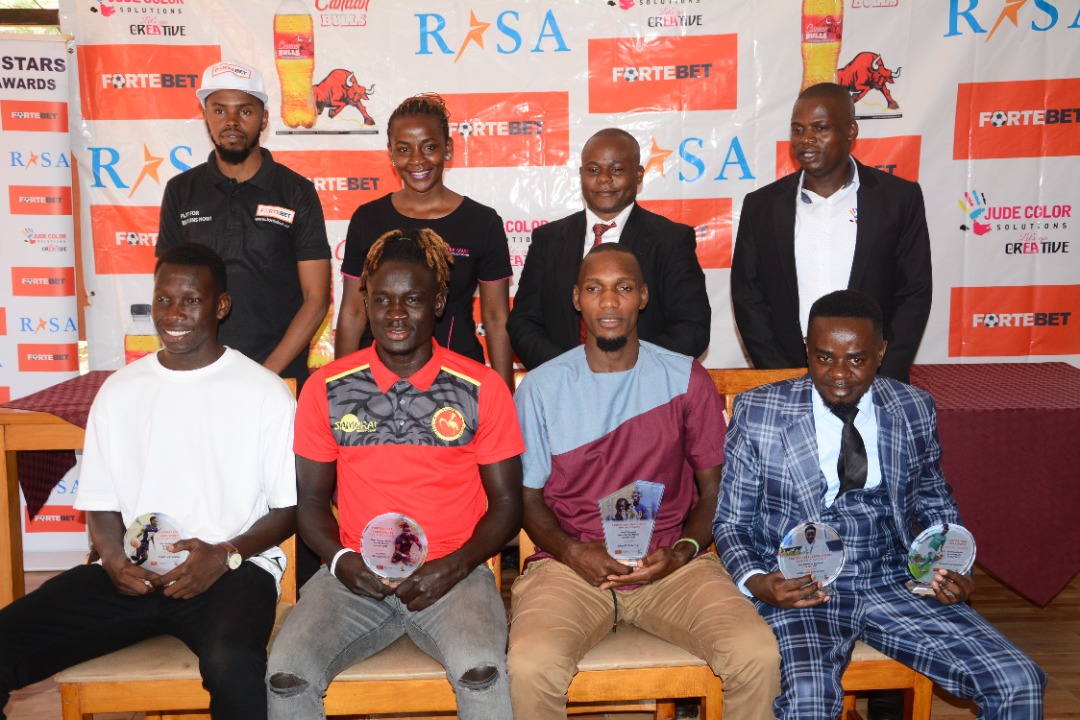 Aaron Ofoyrwoth was among the five winners crowned on Tuesday at the Fortebet Real Stars Sports Awards for the concluded month of May.

The winners, taking home accolades and Cash Prizes, were announced during a morning function at Route256 in Lugogo sponsored by Fortebet and Jude Colour Solutions.

Ofoyrwoth scored an important Try as Heathens edged Pirates to the league title but it’s his performance with the Uganda Rugby Cranes 7s at Africa Cup that stood out.

He beat Adrian Kasito and Malcom Okello to the gong.

“I want to thank my coaches for putting me in shape and really supporting me on and off the pitch. The fans and teammates have pushed me. We really fought together,” said Ofoyrwoth.”

“This comes with Motivation to me, and pushes me in position to ask for more. And we have to continue putting in the hard work to win more.”

The Libero was very instrumental in steering his side past Nemostars as they won their first ever League trophy, on first attempt.

In Athletics, Mercyline Chelangat was a deserved winner after she won the Poznan Half Marathon in Poland.

She beat Ali Cheburea and Shida Leni to the gong.

Shaban scored six goals as Onduparaka won three of the four games last month to find a breather in their fight for survival.

Kayanga has shot lights out for the Canons who are top of the ongoing National Basketball League.