KCCA Rally From Down to Complete Double against Busoga United 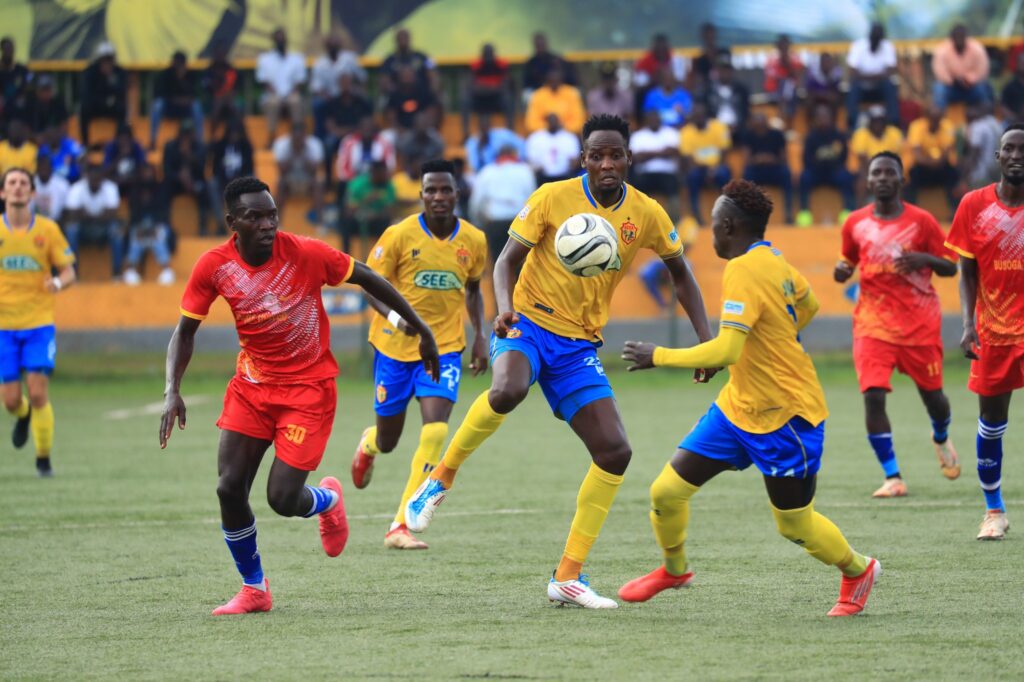 KCCA FC came from a goal down to defeat Busoga United 2-1 in the Startimes Uganda Premier League match played at MTN Omondi stadium in Lugogo.

Ssozi Shaka put Busoga United ahead with a brilliant freekick in the 36th minute of the game before the hosts set up a fight.

Douglas Bithum put the ball in the back of his own net in 43nd minute before Erisa Ssekisambu bagged the winning goal with his first touch in the 62nd minute.

KCCA FC dominated the game from the start as they possessed the game and could have scored more but he was denied by Micheal Nantamu.

Hassan Jurua saw his shot parried away by Nantamu after an interchange with Arafat Usama.

Youngster Dominic Ayella also had his shot blocked by Mulanda.

But the hosts were later punished in the 36th minute, Ssozi Shaka fired in from the free-kick at the edge of the box.

With composure and calmness, KCCA FC maintained their possession despite going down and in the 43rd minute it paid off as Micheal Nantamu and defender Ronald Bithum failed to communicate before conceding an own goal.

In the second stanza of the game, it was all for the hosts to lose as they pressed high up the pitch and in the 60th minute a double substitution saw Ssekisambu and Majwega replace Kasirye and Ayella.

With just his first touch in the game, Ssekisambu tapped in from close range to give the hosts a deserved lead in the 62nd minute.

Italian Stefano Mazengo had a brilliant display as he was handed his first start of the season.

KCCA FC have now won three games in a row as they consolidate their second position on the log with 56 points.

Busoga United now face a tough battle to stay up as they sit in the 13th position with 29 points just one ahead of Police FC in the relegation zone.

They will face off with URA FC and Gaddafi in games their two remaining they fight for their way to survival.