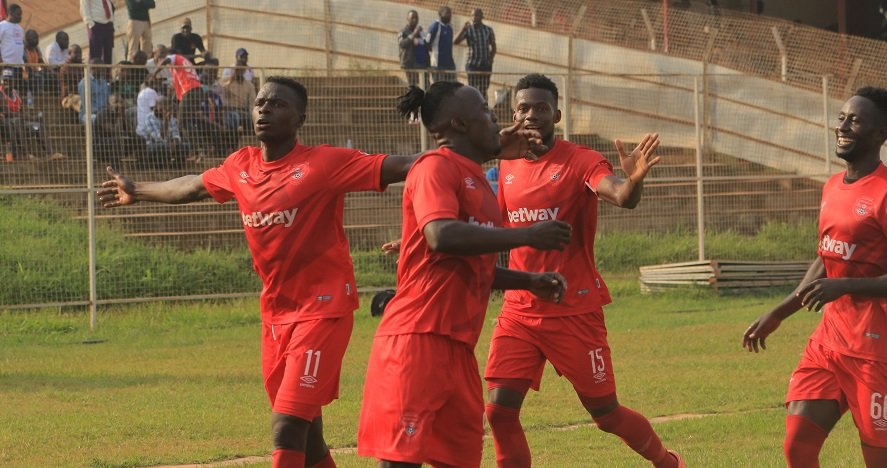 Team News.
Express are welcoming back their Captain Enock Walusimbi from suspension and midfielder Daniel Shabena is back as well.

Otherwise, the entire Red Eagle squad is available for selection.

Defender Lawrence Kasadha will be unavailable after sustaining a knee injury last game while Jeromy Kirya is on suspension after accumulating more yellow card.

Aggrey Madoi might require a let fitness test to be considered while Captain Saidi Keni is still troubled by a knee injury.

Preview: Express Welcome BUL In The Battle For Top Places

Last season’s champions Express FC will be chasing down their slim chances of top four finish when they host contender BUL FC at Wankulukuku.

With three games left to play, Express are currently 7th on log with 42 points, seven behind fourth-placed Arua Hill.

The hosts are looking for a return to winning ways after back to back losses against Vipers and Onduparaka.

They will be hoping to complete a league double over BUL having won the reverse fixture1-0 win at Kyabazinga Stadium in October last year.

“We’ve definitely not had a good run in our last two games, it’s very unfortunate that we gave everything but we didn’t come out on top,” said Express interim coach James Odoch.

“A lot needed to be worked on and that’s what we’ve tried to sort, defending set-pieces well and our finishing. BUL FC is definitely a good side and they’ve done well this season but we want to win like we did in the first leg”.

Visitors will be looking forward to reclaim their fourth position after Arua Hill beat Onduparaka to move fourth.

They dropped to 5th, with 46 points and they visiting Wankulukuku at the back of two straight draws against KCCA FC (1-1) and a goalless one against Onduparaka in their last encounter.

The visitors will also be looking for the first win at Wankululu since 2016.

“I am excited we are playing against Express, a team I played for and enjoyed representing but playing against them as a coach is different because this is a job,
We are going there with an objective of winning because everyone knows we need the three points,” said Magala.

“They are a good team and we respect them, but we are well prepared to earn the three points, the boys are in good conditions and ready to win the game” he added.