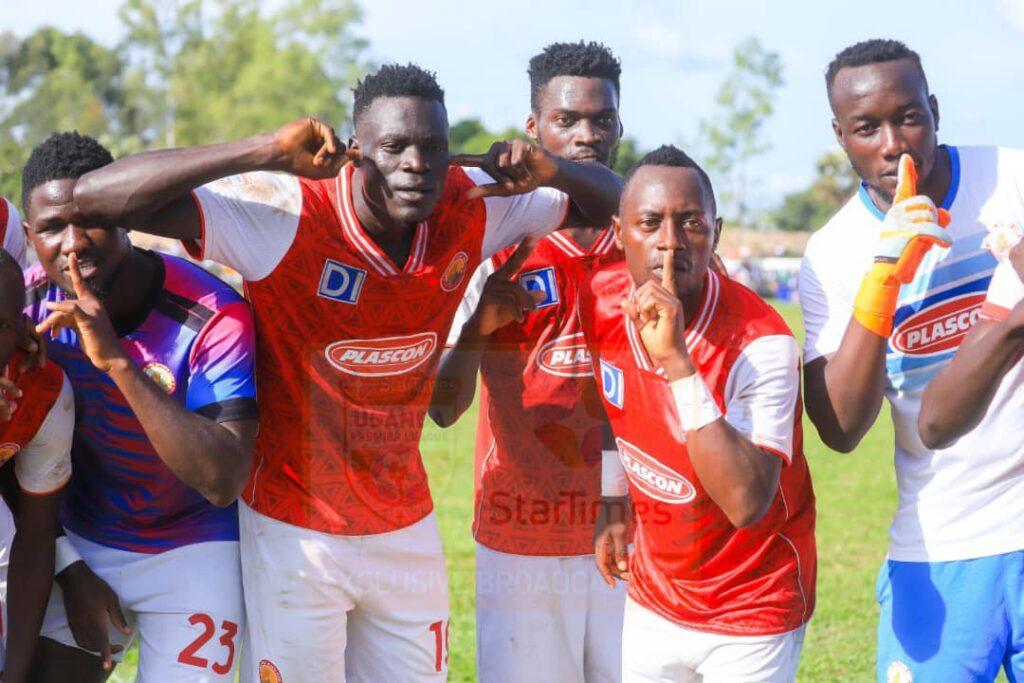 But the game was highlighted by fans violence that forced Police to fire tear gas as Onduparaka fans threw stones and bottles onto the pitch.

The ugly scenes were reminiscent of events in the reverse fixture that ended goalless at Barifa.

Innocent Maduka was also on target for the Kongolos at Greenlight Stadium.

It was a hotly contested derby that saw Onduparaka player John Rogers sent off for a second bookable offence.

At the stroke of halftime, Arua Hill opened the scores – Alfred Leku freed himself from a marker to deliver a low assist that unmarked Kawawa tapped home.

In the 58th minute, Substitute Innocent Maduka made his first touch count when he headed in a rebound after Leku’s effort was spilled.

Things turned out more uglier for the Caterpillars who were reduced to ten men when John Rogers received his second yellow after a foul on Farouk Musisi.

With 18 minutes to play, Kawawa had a chance to record himself a brace after depossesing Ojara, to have a goalkeeper to beat chance but Mathias Muwanga was equal to the challenge.

In 89th minute, Atendele Gerige produced a moment of magic which confirmed a no comeback for his pay masters when he curled a well measured cross for Kawawa and this time he was not denied when he headed in beautifully at the far post.

And the third goal sparked unruly Onduparaka fans to go violent, forcing Police to intervene with tear gas to restore order, and the game was stopped for over ten minutes.

Onduparaka will host UPDF in their next fixture while Arua Hill will visit Villa at Njeru.