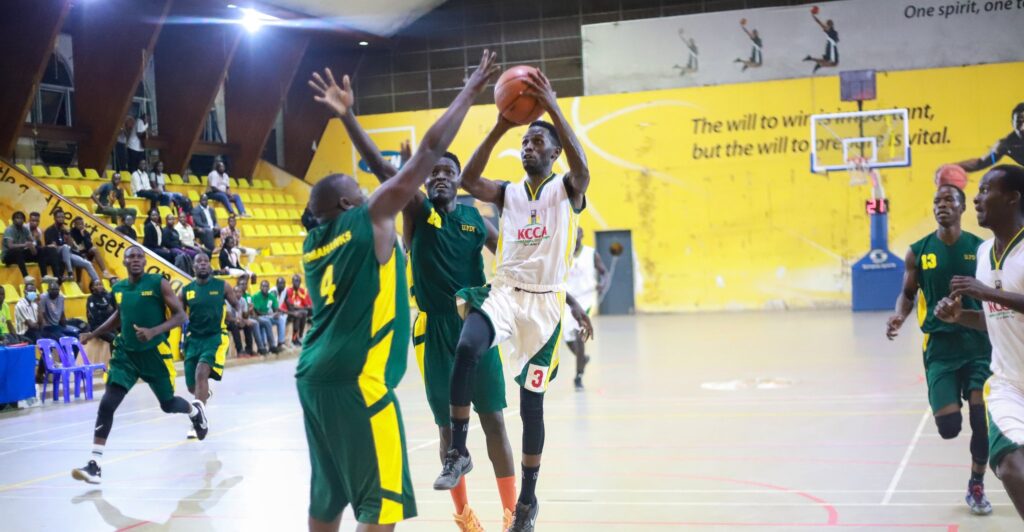 The Panthers’ needed a late Daniel Samson Ojoro lay up and a Tomahawks fumble down the stretch to emerge victors.

Ojoro found space in the lane for a driving lay up to hand Panthers a 60-58 lead with seven seconds on the clock.

And from a timeout, UPDF made a mess of their crucial last play before David Okello’s forced three-point attempt as the clock faded rimmed out at the buzzer to draw wild celebrations from the Panthers bench.

The Panthers looked in control of proceedings when they led 32-24 at halftime, and nothing seemed could go wrong, but UPDF built a 11-0 run to end the third quarter trailing by just four points.

Andrew Gang, facing his former team, scored from downtown to bring UPDF to within a point to start off the fourth quarter.

But it remained a back-and-forth affair as the game swinged in everyone’s favour on various occasions before Wilberforce Pirwoth making both free shots to put UPDF two up with 02:04 on the clock.

But Martin Buluma brought KCCA level with a floater and Samson Ojoro ensured there will not be overtime with a late dagger.

Leonardo Gilabi scored a double-double of 15 points and 14 rebounds, Wilson Otweyo and Martin Buluma contributed 17 and 11 points respectively for KCCA.

Wilberforce Pirwoth and Andrew Gang notched 14 points each in a losing effort.

The victory, off the back of wins against Falcons and Tropical Royals, is the fifth for KCCA this season who also beat Victoria University and JKL Dolphins.

They have a similar record like that of UPDF this season so far – Five wins and as many losses.

Edgar Munaaba scored 23 points while Mohammed Abdikani knocked a double double of 19 points and 15 rebounds as KIU Titans eased past Victoria University 74-62 in the earlier game.