Vipers Given Guard Of Honour Before Win Over Onduparaka | The SportsNation

Vipers Given Guard Of Honour Before Win Over Onduparaka 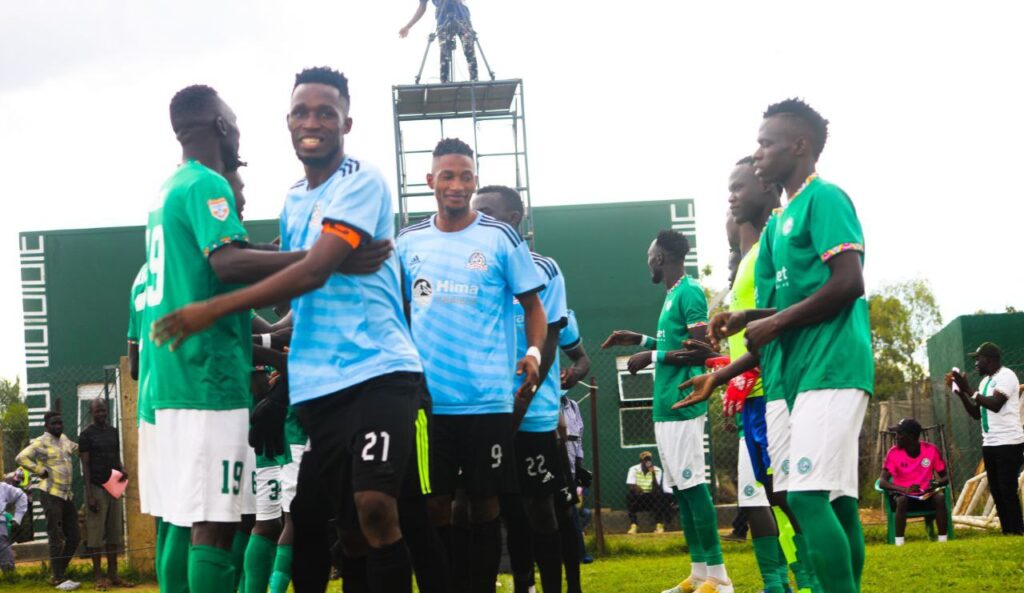 Onduparaka gave Uganda Premier League champions Vipers a guard of honour as they took the pitch for the clash at Greenlight Stadium in Arua.

It was a big show of respect from the Caterpillars to the Venoms who were confirmed league winners last week following a 3-0 win of Express at Kitende.

And when the start whistle was blown, it was business as usual for Vipers who ran away 2-0 winners.

The win, with Cesar Manzoki and Milton Karisa on target, extended their flawless run this season.

It is a seventh consecutive win for Vipers, who are already Champions for this year’s Uganda Premier league. They now move to 67 points with only three games to go.

For Onduparaka, they suffer their ninth loss of the season and they remain stuck in the 8th position.

Playing away from home, Vipers showed early signs of scoring first as they had a number of chances on goal in the opening exchanges.

They kept on pushing and it paid off in the 33rd minute through Manzoki, who headed in home off a well delivered cross from Hilary Mukundane. Manzoki goal takes his tally to 17 goals and he is the current league top scorer.

At the restart, Karisa doubled his side’s lead with a fine strike after a nice inter play with Manzoki.

Once again, the hosts, Onduparaka lacked enough ideas in the final third on the day as they barely threatened.

Their leading talisman Muhammad Shaban, who has 15 goals this season was pick pocketed throughout by a well organized Vipers defence.

And it was Vipers who had another good chance to score more but Yunus Sentamu headed wide off a beautiful cross from Milton Karisa.

In the closing stages, Vipers, who were already two goals ahead held on to bag all the three needed points.

Victory ensured that the Kitende based side stretched their lead at the top and now move to 67 points. They now have a chance to finish with over 70 points with three games to go.

For Onduparaka, the loss leaves them in the 8th position with 34 points after 27 games played.