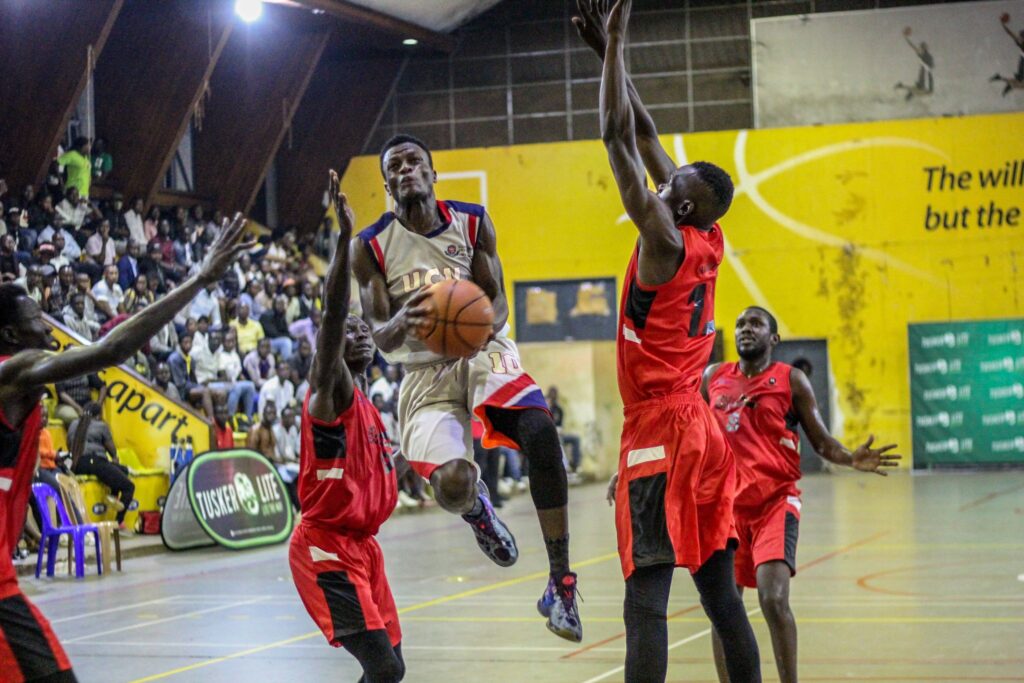 UCU Canons managed to overcome Nam Blazers in a Tusker Lite sponsored NBL match at the Indoor Arena in Lugogo.

The titanic clash between two title contenders, who have both beaten seven-time holders City Oilers in regular season so far, went down to the wire and had to be decided in the last seconds on the game.

But the Blazers will feel guilty for having turned over the ball twice down the stretch as UCU capitalized to win a crucial game.

Peter Sifuma scored both free-throws on the line to draw UCU level 52-52 inside the last minute of the game.

Sifuma later picked a defensive rebound after Juuko ‘Najja’ Daniel had fluffed his three-point effort to set offense in which Jerry Kayanga was sent on the Charity line.

And Kayanga converted both shots, to put UCU up by two with 00:29 on the clock.

Najja then turned over and Sifuma finished off a quick UCU transition with a lay up to widen the gap to four points with 10 seconds on the clock.

The Blazers went back for another timeout, and on return, Ikong’s inbound was stolen by Sudi Ulanga who ran down the clock to hand UCU a hard fought victory.

Sifuma finished the game with a double double of 13 points and 14 rebounds to take home the Tusker-Lite player of the match award.

Amisi ‘Carmelo’ Saidi came off the bench to score 15 points, Chuol Nyuot and Paul Odong added 14 and 13 respectively in the losing effort.

Blazers missed head coach Stephen ‘Escodata’ Nyeko but had Syrus Kiviiri made a cameo appearance for the first time this season after nursing a knee injury.

UCU Canons tightens their grip on the top of the table with nine wins from 10 games, their only loss was against Victoria University that came on the weekend they played three games in as many days.

It’s the third loss for the Blazers who were also beaten by JKL Dolphins and Our Saviour.