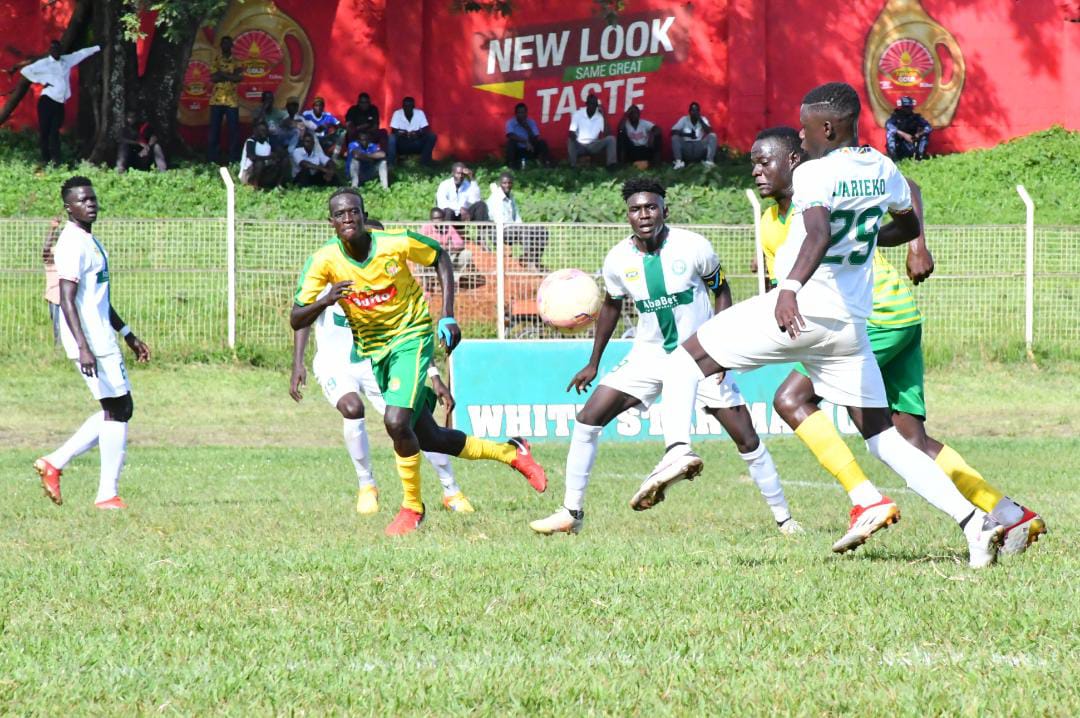 Nothing could separate BUL and Onduparaka with the tie ending in a goalless draw in the Uganda Premier League played at the Kyabazinga Stadium in Bugembe.

This is BUL’s first goalless draw in 15 matches since December last year with Bright Stars.

The only highlight of the game was when Onduparaka had their Goalkeeping Coach Ibrahim Kongo sent off in the 80th minute.

The Caterpillars were also without Coach Dudu Bosco who was sent off against Express in a 2-0 victory.

Despite both sides creating a number of goal scoring opportunities, none of them could find the back of the net.

BUL have failed to complete a double over a rejuvenated Onduparaka following a 2-0 victory in the reverse fixture at the Greenlight Stadium in the first round.

BUL now stretches their unbeaten run against Onduparaka to six games and they have only conceeded just one goal in those games with 5 cleansheets.

The last time BUL lost to Onduparaka was in 2018 courtesy of Yafesi Mubiru solitary first half goal.

The Eastern Giants have now drawn back to back games after a one all draw with KCCA.

For Onduparaka, their winning run of five games comes to an end, however they have not conceeded in their last three games.

BUL return to action away to Express at Wankulukuku Stadium on Saturday 7th May while Onduparaka will host Champions Vipers on Tuesday night 3rd May in the rescheduled match.