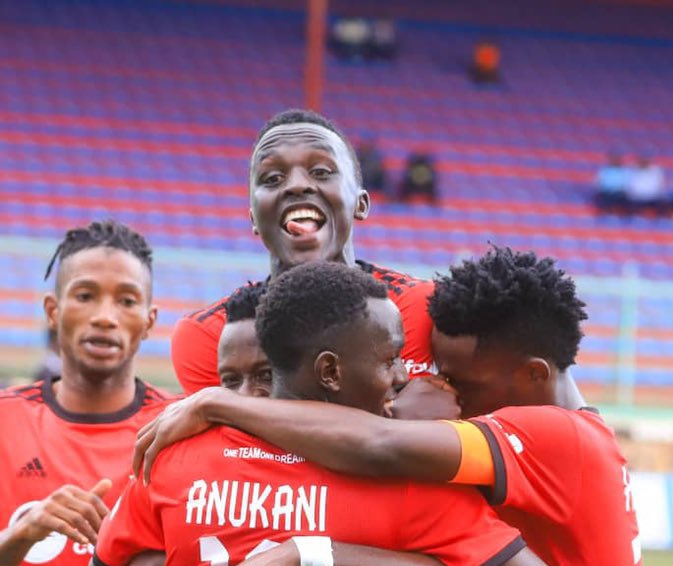 Vipers have clinched the 2021/22 Uganda Premier League title with four games to spare after a deserved 3-0 win over Express FC at Kitende.

A brace for Yunus Sentamu in the first half and a 60th minute strike by Bright Anukani was enough to drive Vipers to promised land.

The Venoms are now on 64 points, 14 above KCCA FC who also beat Tooro United at Buhinga Stadium.

Much credit will go to Brazilian Coach Roberto Oliveira who bags the title on first asking.

It’s double joy for the Venoms who an hour earlier celebrated the National Post Primary Schools Championship for St Mary’s Kitende who beat Gombe SS 2-0 to win their 10th title in Arua.

For Express they suffered a second defeat on the bounce and they remain stuck in the 6th position with 42 points with only three games left for them.

Coming into this tie, Vipers needed just any positive result to seal their title and they did just enough.

Sentamu opened the scoring in the 25th slotting in home off Milton Karisa’s ball to set the tone.

Nine minutes later, Sentamu doubled his side’s lead after benefiting from Hillary Mukundane’s pass to put the Venoms in a comfortable 2-0 goal before the break. He now takes his tally to 15 goals, one below his teammate and current league top scorer Ceaser Manzoki.

At the restart, Vipers continued with their dorminance and they showed early signs of adding on their tally.

And at the hour mark, Anukani benefited from Karisa’s cross to slot in home for the third. His goal was his first at St. Mary’s stadium in Kitende ever since joining them at the start of this season.

In the closing stages, It was just a matter of maintaining their lead for the Venoms to walk away with the needed result.

Victory ensured that Vipers sealed their trophy in style with a sweet home win against rival side Express. They move to 64 points, with four games to spare.

For Express, it is another disappointing outing for them and they remain in the 6th position on 42 points.