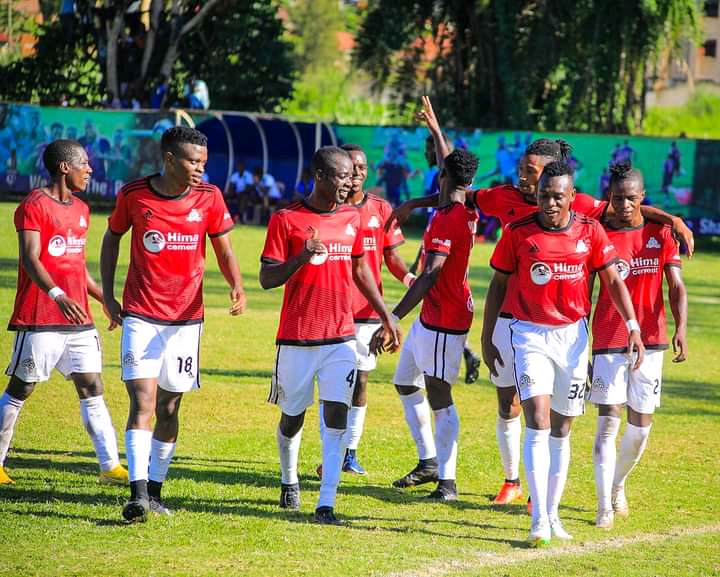 Vipers will be without goalkeeper Jack Komakech and Najib Yiga, who are with St. Mary’s Kitende at the National schools competition in Arua.

Goalkeeper Fabien Mutombora is out with a head injury for the rest of the season.

For the Visitors Express, Captain Enock Walusimbi and Daniel Shabene are out due to suspension.

Mahad Yaya Kakooza and Godfrey Lwesibawa are out of this contest .

Preview: Vipers Out to seal Title

Vipers SC will be seeking to seal their fifth league title when they host defending champions Express FC at the St. Mary’s stadium on Friday

The Venoms, who are on top with 61 points will just need any maximum points on Friday to be crowned Champions.

Surely, it has been an impressive season for the Kitende based side under Brazilian gaffer Robertinho Oliveira, who is in his first spell at Kitende.

This season, Vipers have picked 19 wins from 25 games and have scored the most goals (57) than any other team. This sums up how good they have been throughout.

They come into Friday’s game having won all their last five league games and will be seeking to seal the title in style.

In Express, they welcome a side that defeated them 1-0 last season at the same venue, to dent their title hopes and it will be time for revenge.

Ahead of the game, Vipers midfielder Paul Mucureezi has expressed the team’s readiness but called upon his teammates to have the right attitude for this contest.

“We are definitely ready to win but we don’t need to come with excitement that we have already won the trophy yet we have not. So we need to come when we have the right attitude, that will matter in the game tomorrow,” he told the club’s media on Thursday.

Once again, Vipers trio of current top scorer Ceaser Manzoki, Yunus Sentamu and Milton Karisa who have been in rich form this season will be tasked to lift up their side to seal the title in style.

Express on the other hand will be seeking to end their season on a high note as they keep sights on a top four finish.

This season, Express, who are defending champions have had mixed results throughout and are currently 6th with 42 points, 19 below leaders Vipers.

They come into Friday’s game off a 2- 0 home to Onduparaka, one that ended their good run.

Speaking ahead of the game, John Byamukama who scored the only goal as the Red Eagles picked maximum points at Kitende says they want to end the season on a high note.

“We have been preparing very well and tomorrow’s game is very important for us because we want to finish in the top four. Last time we picked three points at kitende and we want to do the same,” he told the club’s media on Thursday.

With just four games left on their menu, Express will be targeting more points to finish in a better place starting with Friday’s contest.

The two sides played out to a 2-all draw in the reverse fixture held earlier this year at Wankuluku in November last year.

Stats
Vipers are currently on top with 61 points collected from 25 games.

They have won all their last five league games.

Express Fc are currently in the 6th Position with 42 points after 26 games.

They have won three, lost one and drawn one in the last five league outings.