Titanic Clash As She Corporates Visit Uganda Martyrs | The SportsNation 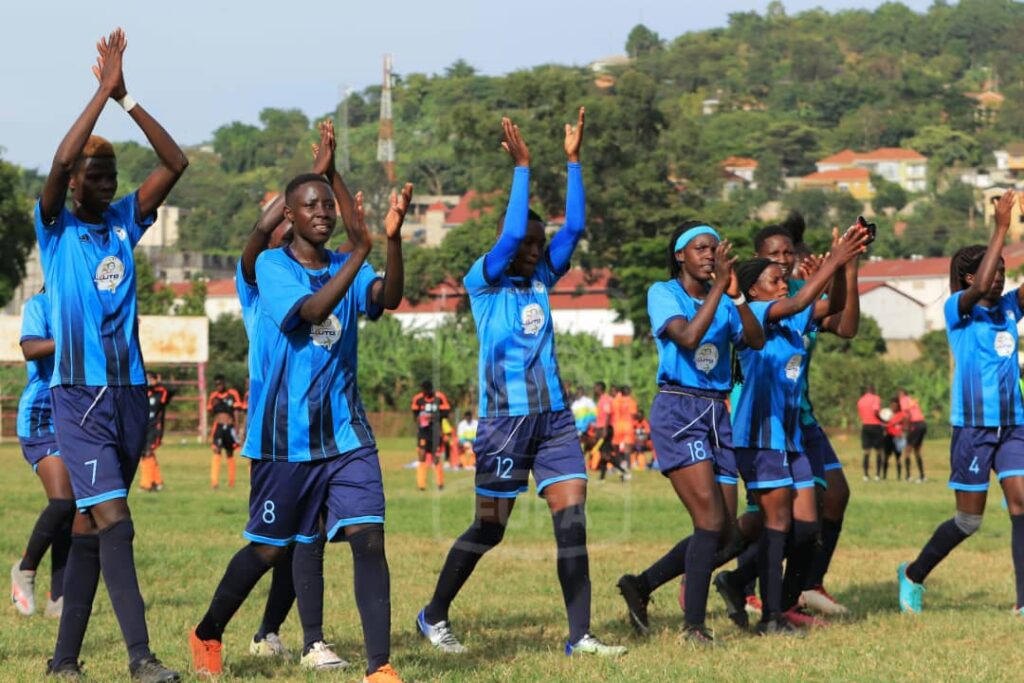 The FUFA Women Super League returns with match-day 12 after taking a short break due to schools competitions.

And it returns with a bang as table leaders She Corporates take a short trip to the Lubaga based side Uganda Martyrs High School.

The battle for supremacy will see top of the table corporates eager to fight for maximum points as they seek to maintain a perfect run and protect their unbeaten run as well.

The Hosts, angry from USSSA games where they faced a disappointing and humiliating elimination, would love to win this one as they seek to find solace in the league.

They have only lost once at Rubaga so far, that was against Tooro Queens, which was their second loss of the season after suffering a 2-0 defeat against visiting Sharks in the their league opener, so a revenge will be in order.

However, their opponent is yet to lose a single game, which makes them difficult as Captain Esther Naluyima admits, though she is positive about getting the three points.

“She Corprate is not an easy team but we have seen that they also concede goals, so we are going try as much as possible to attack for goals as we defend, I know they need this match too, but we need it as well.

“But I am sure of the three points because this is the match which keeps us in title contension.”

But it’s going to be a very long 90 minutes for Uganda Martyrs who will be without their coach on touchline who was shown matching orders in their last encounter against Rines.

For She Corporates, this is going to be their sixth visit, they have so far won three (Kawempe, UCU, Olila) and drawn two (Rines, Kampala Queens).

However, they showed clearly visible signs of weakness when they fumbled in their last game which was a one all draw against bottom Rines, where they needed a penalty to save the day.

She Corporates Head coach Hassan Issa Yusuf has hinted on correcting the mistakes they made before the league took a break and he expects his side to do better as they target a win against Martyrs.

“We have used the break to review our mistakes and managed to correct them, the players have the right mind-set now and are ready to fight for the final games,” Issa said

“Our target is to collect maximum points from each game and we start with the game against Uganda Martyrs.”

She Corporates are yet to lose a game and this has kept them on top of the summit with 25 points from 11 games with just three points above second placed Uganda Martyrs on 22 points.

She corporates brilliant performances have been spearheaded by their captain Naome Nagadya in midfield and Daniellita Favour Nambatya on the front line.

Esther Nakigozi has been so influential in Uganda Martyrs, netting 5 goals.