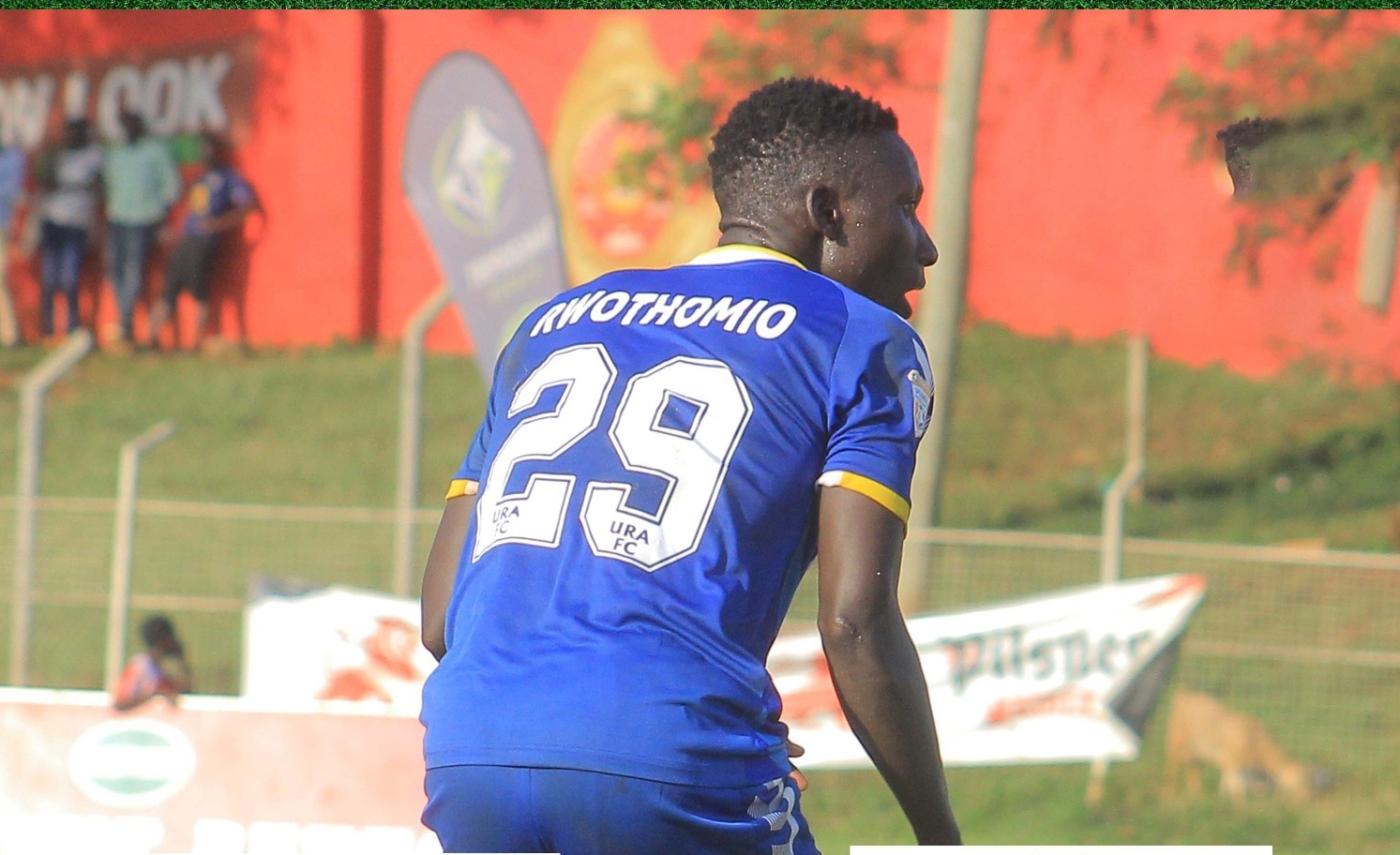 Despite the wet ground, both sides created chances but they couldn’t Bury them with substitute Mukwala coming closest on two attempt with only the Goalkeeper to beat.

The Tax collectors completed a double over the Army side after a 3-1 victory in the first round at the Arena of Visions.

The first clear cut chance of the game fell to Yiga Frank whose header was easily caught by a stretching Goalkeeper Alionzi off Mudde corner before Mbowa failed to connect with Sserubiri’s well taken freekick from the far post.

Yiga was once again found by Mudde from a freekick but his header went over the bar.

Ivan Ahimbisibwe thought he had given UPDF the lead heading home Begesa cross but he was flagged offside.

URA could have taken the lead but Viane Ssekajuko after beating the on rushing Goalkeeper had his low strike cleared off the line by James Begesa following a nice cross from Ojera.

Rwothomio tried a spectacular but his volley went straight into the Goalkeeper’s gloves off a well timed delivery from Mandela.

Rwothomio Cromwel finally broke the deadlock for the visitors on in the 26th minute from a Sekajugo cross after he was initially denied by Oyirwoth Daglas with a goalline block with his chest but the ball fell to Rwothomio who later buried it on second attempt.

Rwothomio could have doubled the visitor’s lead after racing to Kagimu through pass beating the Goalkeeper to the ball but his attempt went off target.

URA also had their goal ruled out for offside after Rwothomio cut back was met by Kagimu who squeezed past a helpless Goalkeeper.

UPDF was caught on the break, Kagimu with another through pass to Rwothomio one on one with Kiirya but the goalscorer pass to Ojera was well incepted by the on rushing Oyirwoth before Goalkeeper Alionzi was quick to clear the ball from Yiga who was injured in the process.

Rwothomio was betrayed by his first touch after being found on goal by Serubiri pin point pass.

On the otherside, Mandela made a timely header from the back post to deny Mugisha from connecting with Begesa’s delivery.

URA Substitutes combined when Mukwala found Nunda after a great run past Mudde but the former skied the ball over the bar.

In a bid to find an equaliser Ambrose who came on for injured Yiga forced Alionzi into a decent save in the near post before Okello’s shot from the edge of the box missed by just an inch after being set by Mugisha from an Oyirwoth delivery.

Mukwala could have sealed the win in the closing stages on two occasions in a space of two minutes, first he failed to capitalise on an error from Okello when he shot wide before Goalkeeper Wasswa poor clearance landed on his feet but he delayed to shot the ball with the Goalkeeper already out of the box who later made amends only to find Kabon who set Nunda but his shot was blocked.

URA remain third on the log with 49 points after 27 matches while UPDF are 9th with 33 points in 27 games.

UPDF return to action on Sunday 8th May away to Mbarara City at Kakyeka stadium while URA host Bright Stars on Saturday 7th May at the Arena of Visions.