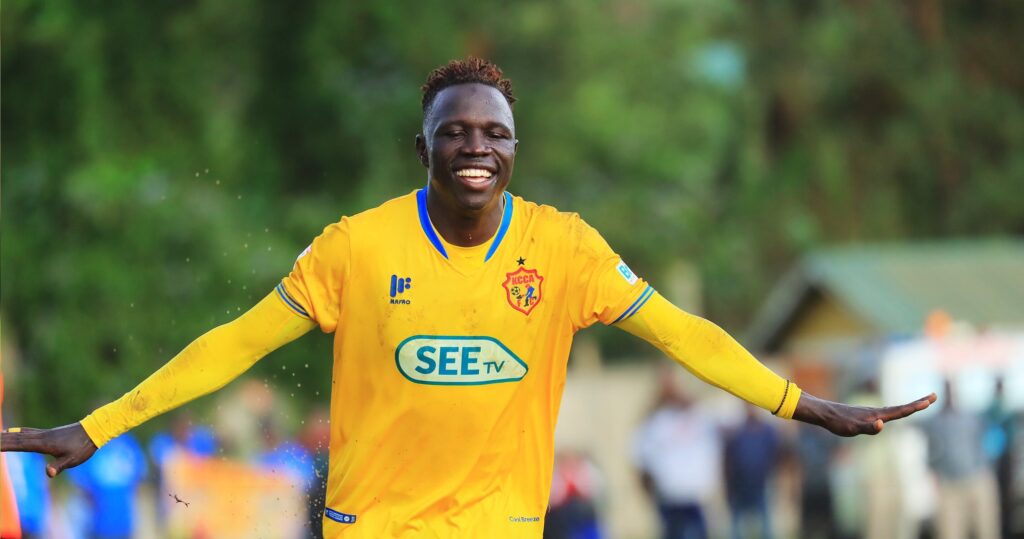 Sadat Anaku scored a brace as KCCA FC defeated Tooro United by a 2-0 score in the Startimes Uganda Premier match played at Buhinga stadium in Fortportal.

Anaku scored in either half of the game – he bagged his first in the 45th minute and the second in the 72nd minute of the game to guide the Kasasiro boys to victory.

KCCA FC complete the first league double against Tooro United winning both games by a score of 2-0.

The Kasasiro boys returned to winning ways after going three games without securing a win, they now move to 50 points in the second place on the log despite losing the trophy to rivals Vipers.

For Tooro United who are already relegated to the Big league of 2022/2023 season will have to play and complete their fixture in the league as they currently sit bottom on the table with 10 points.

What Next
KCCA FC will return to action on Tuesday 3rd May as they host Brightstars at MTN Omondi stadium in the rescheduled fixture.

Tooro United will return to action as they visit Gaddafi FC at the Gaddafi Arena in Jinja.