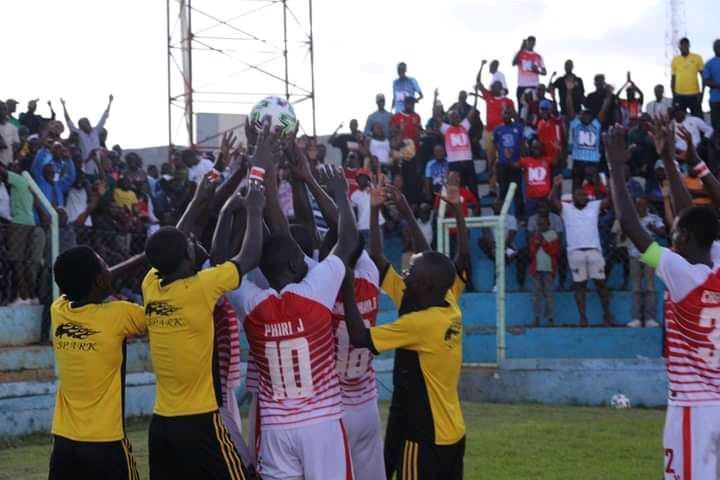 This is their second league title after their first coming 18 years ago, in 2004.

And the shot stopper couldn’t hide the excitement as he takes on social media.

“Thank God for a great season, great teamwork, winning the league for first time in 28 years”

With one game left to play, they are on 67 points, seven above defending champions and 9 times Champions Zesco United.

This is great success for the side that finished 3rd last season with 51 points, which will approximately be 20 points better, if they beat Indeni FC in the final league day on Saturday 30th.

Mugabi joined Red Arrow in February 2020 from Wakiso Giants, a return to the Zambian league after playing for Lusaka Dynamos which are likely to get relegated if they don’t win their final game against record champions Nkana Red Devils who are 5th.