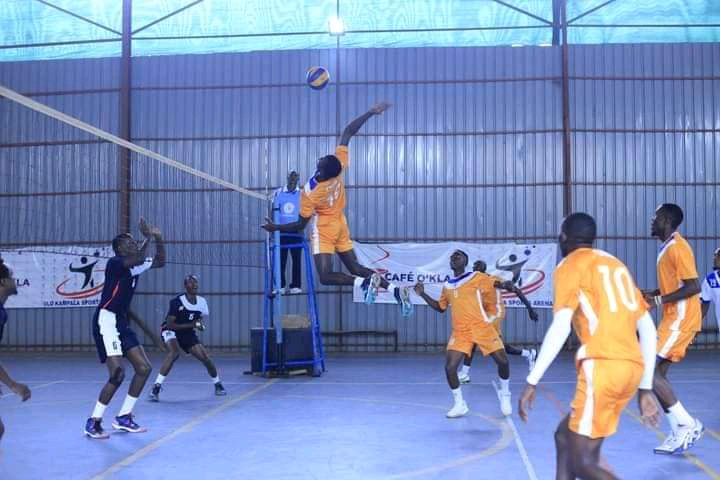 Nemostars needed a decisive set to overcome OBB in game one of the 2021/22 National Volleyball League men’s finals at Old Kampala.

Nemo, who have won the last three titles, twice came from down against the debutants before their experience came to the fore in a pulsating affair watched by a sizeable crowd.

Andrew Okapis’ charges now take a 1-0 lead in the best of three series, with game two due next weekend.

OBB, who eliminated Sport-S to reach the finals, got out of the blocks quickly and dominated with blocks edged set one 25-23 but Nemo drew the tie level after taking the second set 25-21.

Nemo continued to struggle in the third which they lost 25-20 after a couple of errors.

But they regained their composure to win set four 25-23 and force a decider which they eased into 15-8.

“I am glad I won, however, this is a final, the game can go either way. Anybody who makes it to the final, he has earned a right,” said Nemo coach Okapis.

“However, we began poorly but as the game progressed, we managed to stabilize and that why we won the fourth quarter and decisive.

“And at that point, it calls for maturity and experience which we capitalised on.

“We managed to eliminate the mistakes. We served well, received well and the others were addition.”

Nemostars will be crowned champions next Saturday if they win game two. “I cannot call but my wish is to close it on Saturday.”

It was a slow start from Nemo in a game they made 20 errors on service.

Okapis added: “We have to improve on our reception, then the rest will sink in.”