Video: University Football League: Bugema Off the Mark | The SportsNation 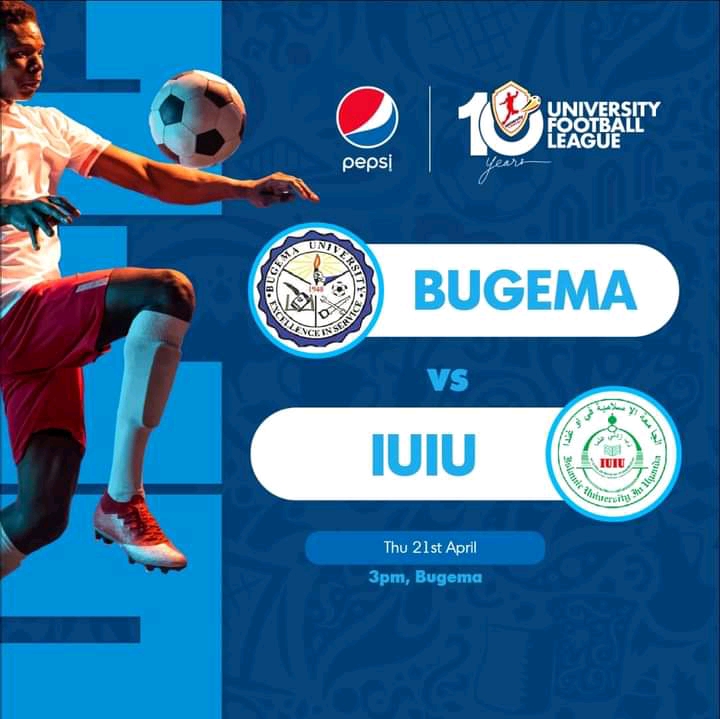 Gayaza based Bugema University got their University Football League season underway with a comfortable 2-0 victory over Mbale based Islamic University in Uganda (IUIU).

Goals from Isaac Chiyuni and Masuk Innocent inspired Bugema University past IUIU in Group F that consists of three teams the other being Busitema University.

Despite being dominant in the opening stanza with good interplay, IUIU couldn’t pose much threat in the box and their first chance from Ibanda Nelson was intercepted by Wafula Ronald to rescue the hosts.

Odong Denis also made a good block to deny Chiyuni Isaac as the hosts were searching for the opener.

Five minutes later in the 25th minute, Isaac Chiyuni broke the deadlock for Bugema from a loose ball after a fumble in the box following a failed clearance.

The hosts were looking for more and this time the goalscorer Chiyuni found Masuk but his strike went off target as IUIU were enjoying most of the possessions without anything to show.

Chiyuni once again had a sight at goal as he looked to complete his brace but his effort went over the bar for what looked to be the last chance of the first half.

Five minutes into the second half, Isaac Chiyuni turned provider for Masuk Innocent who doubled the host’s lead with a powerful header in the 50th minute.

Bugema University Goalkeeper Awaka Henry made a decent fingertip save to keep the scoreline intact.

Chiyuni cross was parried but found Masuk whose shot was blocked before the visitor’s cleared the ball.

Bugema University kept possession of the ball in the closing minutes as they looked to seal the win.

Bugema University moves top of the 3 teams Group F with three points after one match while IUIU sits bottom of the group in the 3rd place without a point.