Poor Start For Victoria Pearls In Namibia | The SportsNation 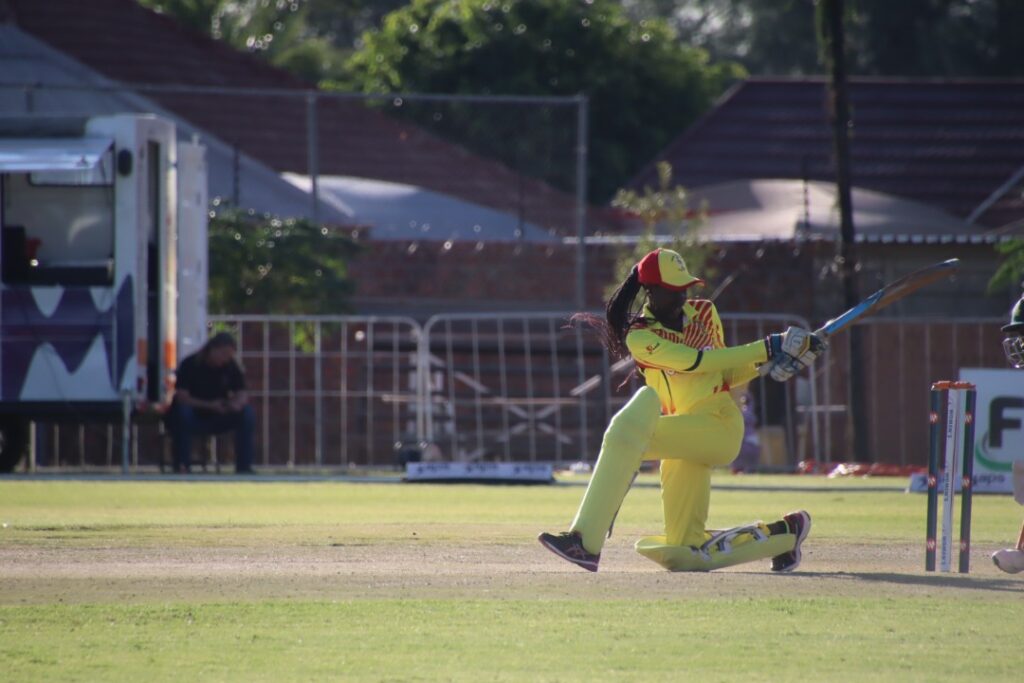 Uganda’s Nation Women Cricket team, the Victoria Pearls, got off to a slow start at the Capricorn Tri Series in Windhoek, Namibia.

The team lost both games on Thursday to Namibia and Zimbabwe at the Centre for Cricket Development Ground.

The Victoria Pearls lost by 12 runs in their opener against Namibia thanks to a player of the match performance from Jurriene Diergaardt who hit 36 runs off 34 balls.

Kevin Awino set a good platform with a 23 before she was run out by van Zyl but Uganda struggles with the bat, headlined by ducks from Rita Musamali and Nyagendo, saw the side choke at 78/8.

In the second Match, Chipo Mugeri hit a run-a-ball 46 to propel her side to 100.

Janet Mbabazi, an assistant captain, who picked four wickets, contributed 21 runs in the chase but her effort proved not enough to lift the Pearls.

It was not an encouraging start for new coach Lawrence Ssematimba who will be hoping for better days.

This is first competitive engagement for the Victoria Pearls since September 2021 when they finished fourth in Botswana at the T20 World Cup Qualifiers.