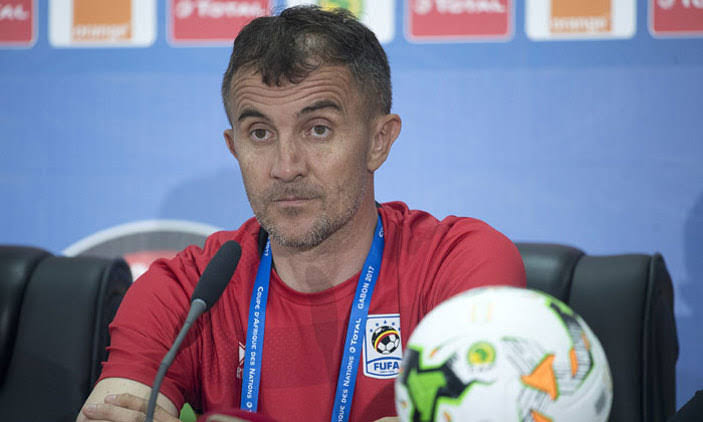 Micho, who returned to Uganda last year in August as head coach, made the remarks after the 2023 AFCON Qualifiers draws held on Tuesday in South Africa.

Uganda were pitted in group F alongside 2019 AFCON champions Algeria, Tanzania and Niger.

Speaking after the draws, Micho was quick to admit that this is a competitive group.

“I personally believe that we are having a playable group, a very competitive group, one of the strongest groups having it in mind that both teams Niger and Tanzania have representatives in group stages of inter club competitions. About the strength of Algeria recent Afcon in 2019 as winners and Arab cup winners,” he stated.

After Tuesday’s draw, on paper, Algeria the 2019 Afcon champions are undoubtedly the group’s favourites.

But for Micho, he says the gaps in African football have reduced and is hopeful of success in these qualifiers.

“When we look at everything, someone would say that it’s a league of three of us, Algeria as Giants in any way and as group favourites. However in modern football there are no favourites because gaps in African football have been reduced, when I look at everything I could say I have a strong belief that we shall succeed before even thinking about the field of play.”

When asked about the approach for the upcoming games, Micho added that they will handle each game as it comes.

“We need to approach each game as it comes. When it comes to Algeria, we know the quality of their team, their history at AFCON. On the other side, we shall put full focus on respecting every team but not over respecting. We look at Niger is a team that has so many players abroad, very competitive.”

The 2023 AFCON qualifiers will be expected to kick start in June 2022 with a number of games from the different groups.

Micho will bank on history, having guided the Cranes to the 2017 AFCON finals to break the 39 year jinx.

His successor Sebastian Desabre did the same as he guided Uganda to a successive AFCON final tournament in 2019.

However, the Cranes have failed to qualify for the AFCON ever since 2019.

And now Micho, who is having both experienced and young players will be hoping for success in the Upcoming 2023 AFCON qualifiers games.