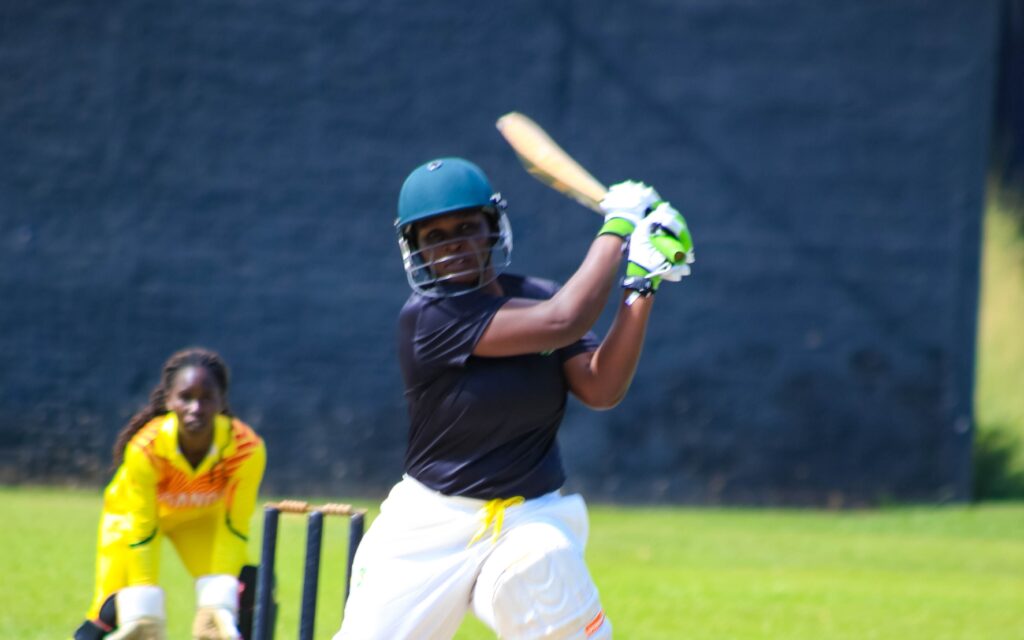 The last time Off-spinner Rita Nyagendo played for the Lady Cricket Cranes was in 2012 at the ICC Africa Women’s T20 Championship in Dar es Salaam in Tanzania.

Then, Uganda who were all out for 23 runs, lost by 137 runs against Giants South Africa.

Nyagendo went into a sabaticle thereafter, and has returned on the National team for the first time since 10 years ago.

A lot has changed since then; the Ladies won the 2017 Africa T20 championship title in Windhoek, qualified for the Global Qualifiers in Netherlands, and got a new name – Victoria Pearls.

Henry Oketcho was the coach the last time Nyagendo was on the National team, but a couple of faces have held the role including Michael Ndiko and Suraj Karavadra recently.

Most of her teammates then, have since moved on – Franklyn Najjumba is now a Women development officer at Uganda Cricket Association, Kevin Apio works with MTN, Sharon Athouoa is now an Umpire, Flavia Laker went abroad and returned, Mary Nalule went AWOL in Netherlands while Gertrude Chandiru is somewhere in Arab countries.

But Nyagendo has bounced back, and is now part of coach Lawrence Ssematimba’s squad in Namibia for the T20 Tri Series due April 20-26.

“The return is sweet (laughs), its feels soo good, I really see it as a blessing first of all, I am playing with super talented ladies. I am humbled to be back. I’ve come back stronger than before especially with my cricket bat,” Nyagendo passionately tells The-SportsNation.

Nyagendo says that she decided to take a “detour of sorts” for her long break.

In 2018, she had her first son with renown National Volleyball player Smith Okumu (Nemo Stars).

“I could have continued playing but I wanted to grow my child and focus on family,” she adds.

Nyagendo holds her husband in great regard, deservedly branding him as the ‘Africa’s best setter’ adding that “we are both doing what we passionately love doing right now as we grow our boy.”

Nyagendo was outstanding in the recently concluded Women Elite League and it was inevitable for her to be summoned on the National team.

In Windhoek, Nyagendo who has added batting to her game, will be pivotal as Uganda look to accumulate points in the series against hosts Namibia and Zimbabwe.

“The training squad has some new faces and most of them have looked up to me before they joined national team, and because of this I have managed to easily make friends with them. I believe this kind of bonding helps the team play as one regardless of age, old or new, we become family.

“A lot has changed and it’s really nice to see and be part of the change. Women are playing more cricket and being more involved. We have our first ever female cricket umpire called Sharon athoula. They are female coaches with cricket academies and are doing a great job coaching.

“Financially the women are getting much better support from both the association and sponsors as compared to those days. Women cricket has grown beyond Kampala and Jinja, now in Soroti, Western and Northern Uganda, and its brewing solid players who are super talented and I am humbled to be part of all of this. Ladies cricket has indeed had a tremendous change.”

A profile of Rita Nyagendo

Nyagendo was born on 23rd April 1992, a second last born of the seven children from Alfred Sunday Tibamwenda and Florence Ange Tibamwenda who are both still alive.

“I grew up in an extended family though, it was such a big, wonderful family and sports music and drama was our thing. Our love for sports comes from a long bloodline, our parents made sure we balanced Education and Sports.”

On her childhood memories, Nyagendo who grew up in the ghettos of Naguru says that she loved playing with her brothers.

“I remember there is a time I would cry to be taken to school with them, one because I admired going to school but also because I would be interested in the snacks they normally pack for their break time.

“I would wait for them to head out to play during break-time and go eat whatever they would have packed in the school containers. My brothers dint mind. I have always been a quick learner, I am super talented I feel.”

She then went to United Media Consultants and Trainers for Diploma in Mass Communication and Journalism.

Nyagendo is also a fashion designer – a professional runaway and commercial model from 2009 where she was crowned Second Runner Up miss teens.

She has worked with Dela Diva Modelling Agency and Royal Essence modeling agency.

She gave context to her love for Fashion: “There is a time my mum found me all dressed up in her clothes, grabbed her hand bag n wore her high heels, I felt nice and all she did was have a good at me, this probably explains my interest in fashion.”