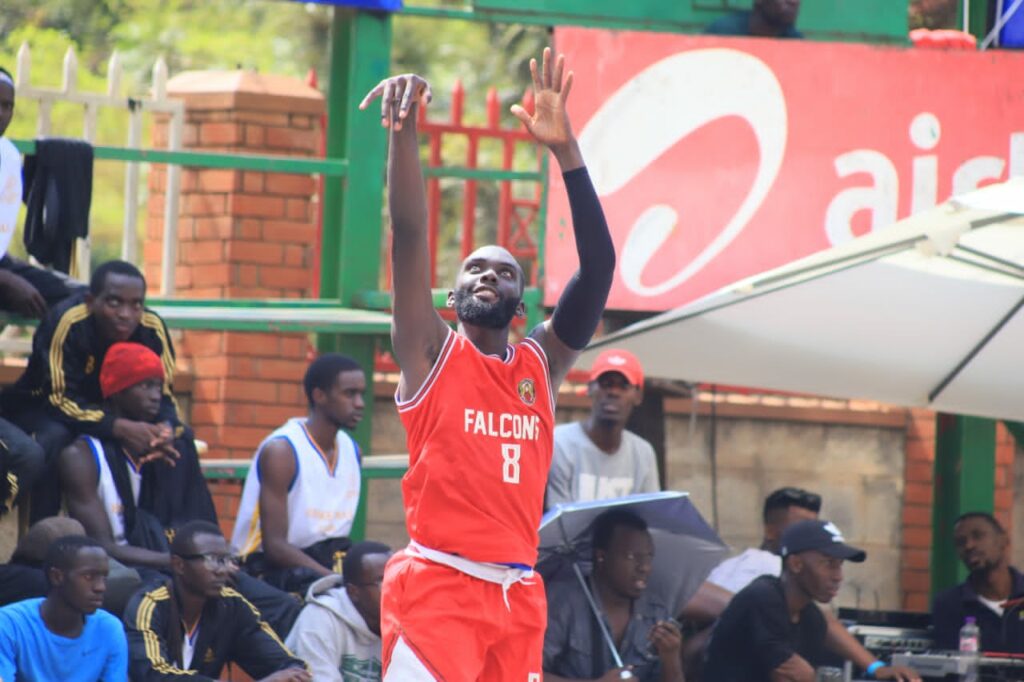 Falcons will go all out in search for their first win when they meet UPDF Tomahawks in the Tusker Lite sponsored NBL.

It has been a worrying start for the Sleeping Giants, Falcons, who have won the league title six times.

They have lost all their five games so far, and there seems to be no light at the end of the tunnel.

“I think it’s basically a matter of fact that teams we played came better prepared and it’s a game of basketball some surprised us too,” confessed Falcons Forward Henrison Mbaziira.

“In addition, it’s the start of the season so we are so hopeful we lost players to other teams and we got new players to the team, so provided we play more together we shall get in better position to win games.”

But against UPDF, Falcons will fancy their chances.

“We are looking forward to having our first win, mindset wise we are not comfortable losing another game so UPDF had better come prepared and also individually we have been getting ready and as a team we have studied and analysed them play so, we shall have positive results.

“We shall play each possession at a time, we shall score more, defence shall be on point so basically if we can do that and improve the communication it’s a wrap for UPDF.”

The Tomahawks had an impressive start this season, beating JKL Dolphins, Tropical Royals and Our Saviour.

But have since lost their last three games against City Oilers, UCU Canons and Power.

Falcons will hope that they can extend UPDF’s losing streak in a bid to get off the mark.

Against Oilers, Falcons had only seven players. Cliff Olama is out, but Brian Ssentongo and Bbosa Wafula are expected to return to the team.

Another loss will leave Falcons chances of beating the drop slim, just inside the first round of the season.

Mbaziira adds: “(Survival) chances are above average, because I believe and trust in what management offers and what each player adds to the team this season.”