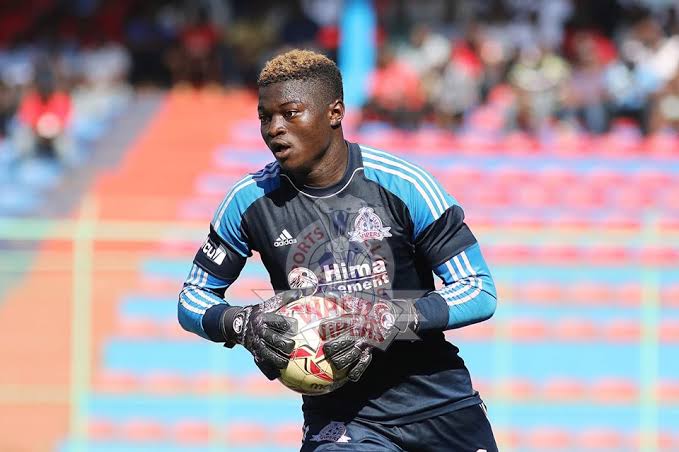 Vipers have confirmed that goalkeeper Fabien Mutombora will miss the rest of the season.

The Burundian custodian who missed the recent crucial 2-1 win away to KCCA FC, suffered a head injury against URA FC last week at the Arena of Visions where he was whisked away in an Ambulance.

Vipers stated that scans have revealed that Mutombora suffered a zygomatic bone fracture.

Denis Kiggundu will take the honors in Vipers posts for the remaining six league games and Uganda Cup.

It’s a huge blow for Mutombora who joined the Venoms in 2018 from Lydia Ludic Academic.

Mutombora Joins Paul Willa and Ibrahim Orit who are “unlikely” to return this season.

Vipers will seek to hold on in their title race, with the Venoms leading with 54 points, 12 ahead of KCCA FC.

Vipers who will visit Wakiso Giants in the Stanbic Uganda Cup quarterfinal, have Gaddafi, Express, Onduparaka, Wakiso, SC Villa and Police in the league.