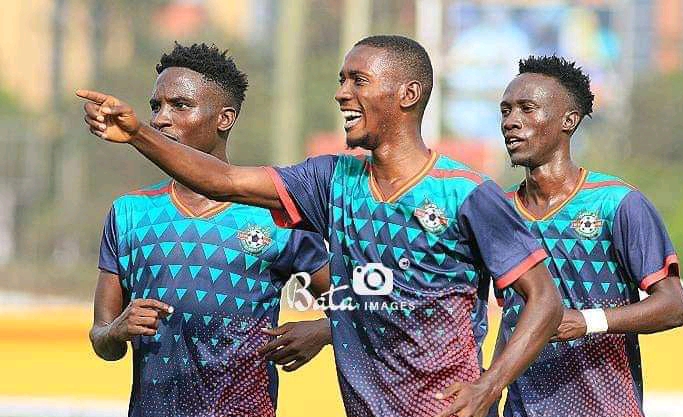 Tooro United have officially been relegated after a 1-0 defeat against UPDF at the Bombo Military Barracks Ground.

Talisman Ivan Ahimbisibwe scored the lone goal and his 9th of the season to end Tooro’s journey in the top flight with four games to spare.

Remaining rock bottom with 10 points, Tooro United are 14 points adrift of safety and can only get a maximum of 12 points from their remaining matches.

UPDF win their first home game of the second round after going seven games without victory at the Bombo Military Barracks Ground.

Their last home win was a 2-1 victory Bright Stars inspired by Ezekiel Katende and James Begesa while Nelson Senkatuka was on target for the visitors.

The hosts threatened more in the opening exchanges with Mugisha Rogers, Ivan Ahimbisibwe all coming close but couldn’t get the ball past the busy Goalkeeper.

Skipper James Begesa had his effort from the edge of the box blocked after Oyirwoth Daglas cross was headed away.

The visitors rare attempt fell to Arinaitwe with a long range strike but it went over the bar.

Despite being dominant in the first half, UPDF went into the break goalless.

Mudde made a nice delivery from the freekick but the Goalkeeper punched the ball away from danger.

Adrian Serugo made a timely interception to deny Mugisha Rogers before the attacking Midfielder saw his his shot go wide.

Ivan Ahimbisibwe broke the deadlock with a well timed bullet header off a Musa Mudde corner kick in the hour mark.

Wammanah could have doubled the host’s lead from Mudde freekick but his header was off target.

Tooro United could have equalised but Isiah Sabiita powerful strike hit the woodwork.

UPDF kept pressing for more but Kigozi low strike was easy for the Goalkeeper before Ahimbisibwe header was denied by the cross bar to complete his brace off Kigozi cross.

Ahimbisibwe was denied by the Goalkeeper after rounding him off but the Shotstopper threw his body to force a corner.

UPDF moves to 8th on the log with 33 points after 26 matches while Tooro United are bottom of the standing in the 16th with 10 points.