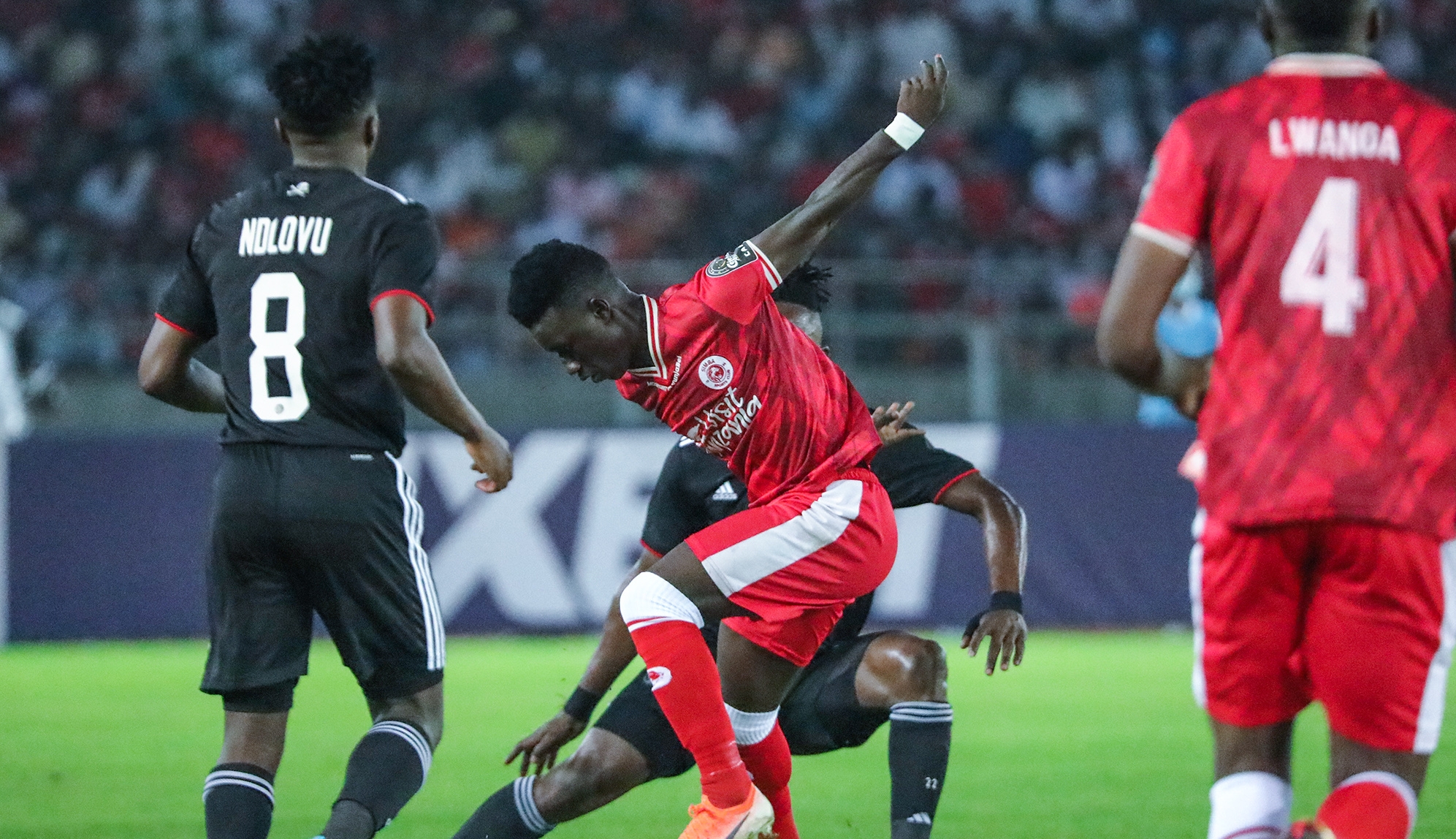 Orlando Pirates Coach Mandla Ncikazi fumed after his side lost to Simba in the CAF Confederation Cup quarterfinal first leg at the Benjamin Mkapa Stadium.

Mandla said that they were treated like animals by ‘hostile’ Simba in Tanzania.

Simba were awarded a penalty, a decision upheld by VAR for Shomari Kapombe who sent the hosts into the lead in the 68th minute.

“I don’t think we deserved to lose, One as Africans let’s change this mentality that when opponents come to Tanzania, you so hostile to them that you treat them like animals, so inhumane, everywhere you go, we treated so badly,” Mlanda is quoted.

“This is a game of sport that should unite us, but what you get are hostility and abuse. Secondly, the rules said we’re going to use VAR but VAR was not used today, go check, the penalty that Simba got is not a penalty.

“Why do Africans do this to other Africans, do you really think the hostility that we get when we come here when Simba comes to South Africa should we treat them that way.”

Mlanda tasked journalists in the press conference “write the truth” because “Simba did not deserve to win.”

He added that the referee wrongly awarded Simba a penalty and “VAR was not working.”

“The treatment that we got from the stadium to the hotel, from the airport – why do you do this as Africans to other Africans, are we going to improve the football in the continent and we are all proud that Simba won, they did not win, the referee made them win.

“You should be ashamed of yourselves as Africans, but listen to this, we’re going to treat Simba with decency when they come, we’re going to show them what it is to be a true African by giving them the best hospitality and treat them like human beings.

“You don’t treat visitors the way we get treated here, you should all be ashamed. We did not deserve to lose, the officials caused us to lose.”

Pirates will seek to overturn the first leg loss when the two sides meet at Orlando Stadium next Sunday.