Victoria Pearls Flagged Off To Namibia For Tri Series 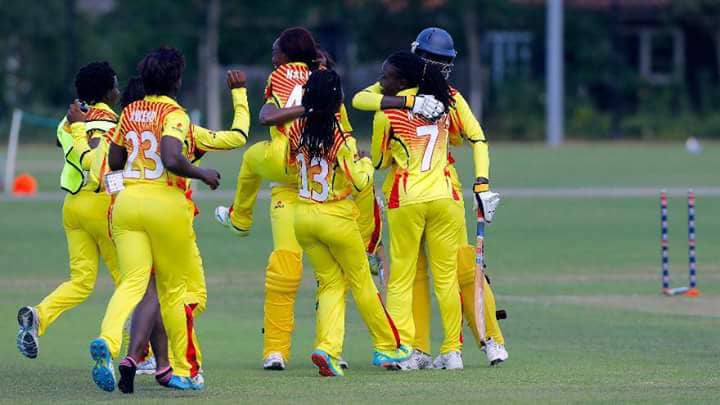 Uganda National Women Cricket Team, the Victoria Pearls, have been flagged off to Namibia where they will take part in the T20 Tri Series.

The three nation tourney that also has Zimbabwe, is due April 19-26 in Windhoek.

The Ladies go to Namibia where the Men’s team tied the 50 overs series 1-1.

Victoria Pearls return to action for the first time since September 2021 when they finished fourth in Botswana at the T20 World Cup Qualifiers.

Lawrence Ssematimba is the new coach and replaces Suraj Karavadra who was sacked after the T20 World Cup Qualifiers.

Consy Aweko replaces Immaculate Nakisuyi as the captain while Rita Nyagendo returns to the fold after a long break.

Going into the series, which is a ranking tournament, will help Uganda prepare for Kwibuka Tourney in June and Victoria Series in September this year.