Win Against UCU A Motivator - Victoria's Manzi | The SportsNation 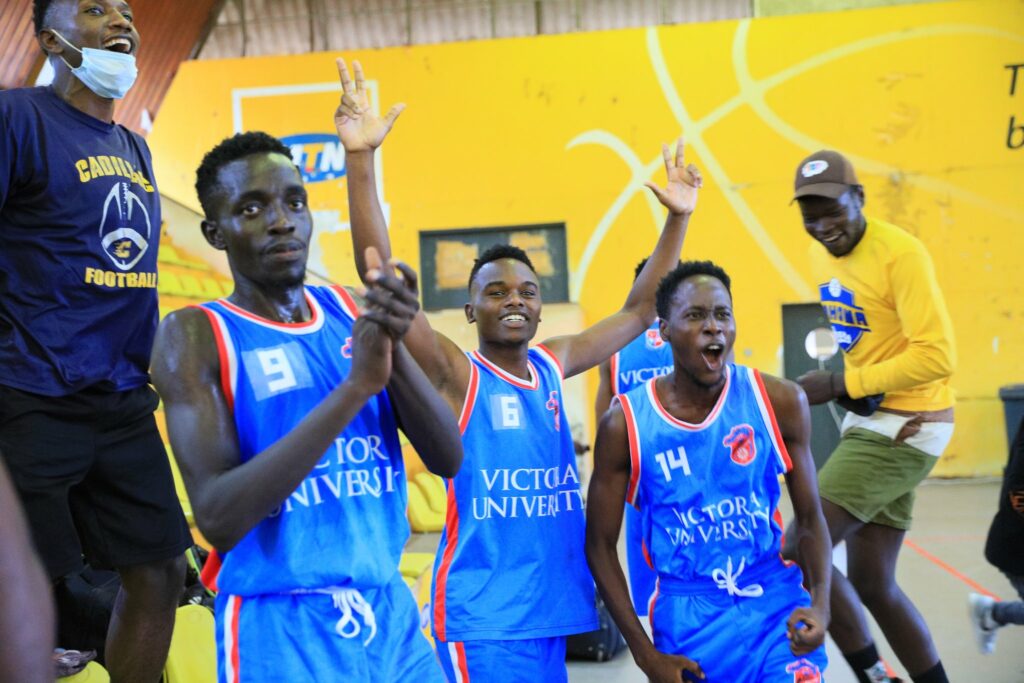 Victoria University produced a shocking 66-63 win over UCU Canons in the Tusker Lite sponsored NBL on Sunday at the Indoor Arena in Lugogo.

The victory, that ended UCU unbeaten run, was the first for the newcomers in the Tusker Lite sponsored NBL.

“Beating UCU and breaking their unbeaten run was really unbelievable its really a good team and composed,” said Manzi.

“UCU has a huge team with a deep bench. Getting a win from them has given Victoria crocks hype and moving forward we looking at coming to every game with such energy.”

“The win over the top contender is definitely a motivator and a vote of confidence to our players.”

“We minimised our turnovers, cut off breakers and we got our defensive rebounds.”

Manzi adds: “We actually didn’t have any pressures because coming to the NBL we knew its not going to be easy cause of the young team n being their first time playing on that level. But we knew every loss we get will be a learning experience.