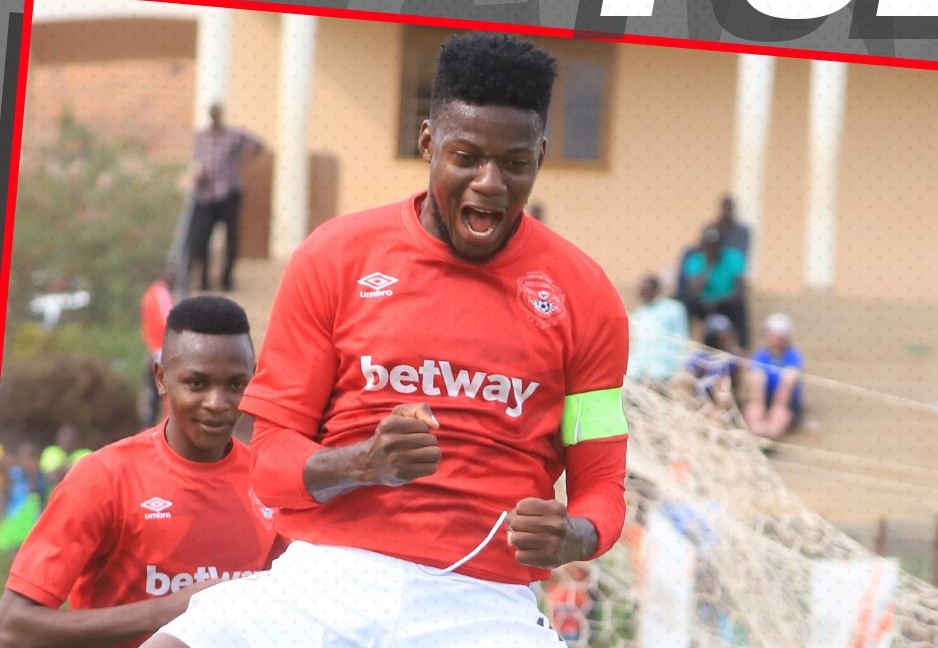 Moses Aliro scored the only goal as Wakiso Giants succumbed to a third successive loss at home.

The Red Eagles dominated the early stages of first half and as early as the 13th minute of the game, Enock Walusimbi headed home to put Express in the deserved lead.

Wakiso Giants had their first chance on goal squandered as Frank Ssebuffu failed to guide a cross from Aliro heading wide in the 17th minute of the game.

Dennis Otim had a busy day in goal but made a couple of saves as he pushed a Lawrence Bukenya shot for a corner.

In the 33rd minute of the game, Moses Aliro beat the Express FC defence and slotted his shot past Otim off an assist by Ssebuffu.

The Express FC defence stood firm despite having a couple of missing players and Arthur Kiggundu made a timely block to deny Frank Ssebuffu goal in the late stages of the game.

Express now move to the fourth place on the log with 42 points as Wakiso Giants remain seventh with 36 points.

How both teams lined up
Wakiso Giants XI