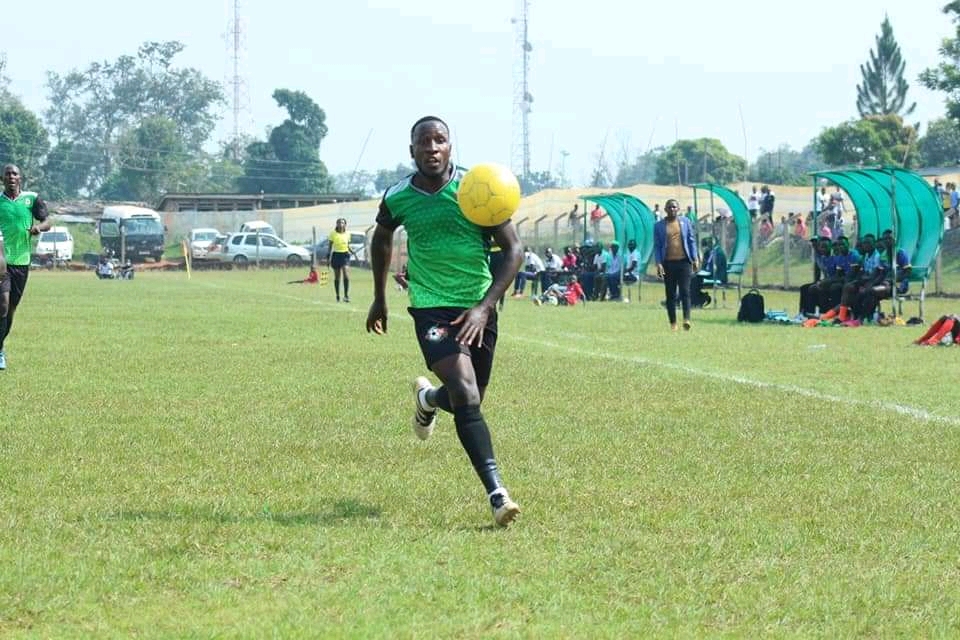 UPDF FC picked a crucial 2-0 away win against Busoga United in a league game played at Kakindu.

The Army side have completed a double over Busoga United after a 2-1 win in the first round at the Bombo Military Barracks Ground.

The win is a very huge boost for UPDF as they cool relegation pressure but for Busoga it’s a big blow in their attempt to remain in the league.

Busoga United could have taken an early lead but Shaka attempt was off target after a short freekick from Ngonde to Mwere.

Ahimbisibwe forced Ssekandi into a save from a counter attack after getting past Basoga Derrick.

Ntege had a sight at goal but his effort went over the bar as the hosts pressed for the opener.

Basoga Derrick made a quick reaction to head Mudde cross away from Ahimbisibwe before the UPDF Top scorer was once again denied by Ssekandi.

Nothing could separate the two sides as they went into the break.

Laban scored for the hosts at the start of second half but the goal was ruled out for offside.

Wagoina missed one on one opportunity with the Goalkeeper that could have given the hosts the lead.

In the hour mark, UPDF took the lead from the counter attack through Adriko Rogers with a thunderbolt to score his first goal for the club after the hosts missed a brilliant chance.

Ibrahim Wammanah doubled UPDF’s lead in the 89th minute to seal the win after being assisted by Kigozi Ambrose.

Busoga United next game is an away trip to Arua Hill at Barifa Ground on Tuesday 19th while UPDF host Tooro United at the Bombo Military Barracks Ground on the same day.